adidas Stormtrooper and Other Fun Cosplay from Dragon*Con 2011

This is kind of funny because I never thought that any company would sponsor The Dark Side, but here you have it, the adidas Stormtrooper, ready to die for Darth Vader, while promoting the popular athletic-wear brand. Actually, I like the red color of the Stormtrooper costume. It almost makes me want to have one too, minus the adidas logo. At least he looks like he’ll be comfy while he runs in this armored tracksuit. 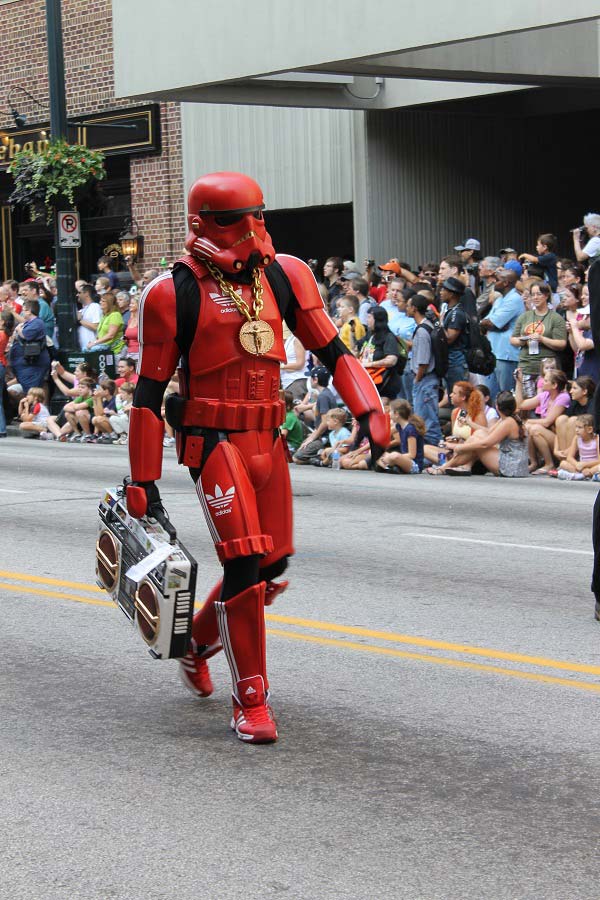 This adidas Stormtrooper was one of many costumes shown off at Dragon*Con, during the conference’s yearly cosplay parade that took place in Atlanta, GA, last weekend. The parade started in 1987, and this year, there were over 40,000 attendees. Apparently, there were just a few Star Wars-themed costumes on hand. 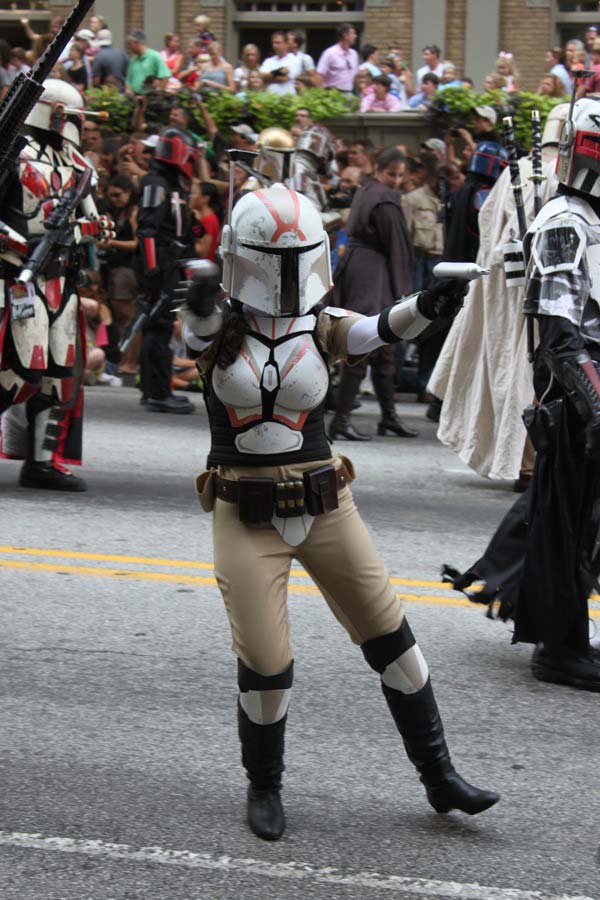 It usually takes place every year on Labor Day weekend. Next year, it will happen on August 31 to September 3rd. If you love costumes and cosplay, then you just might want to check it out. 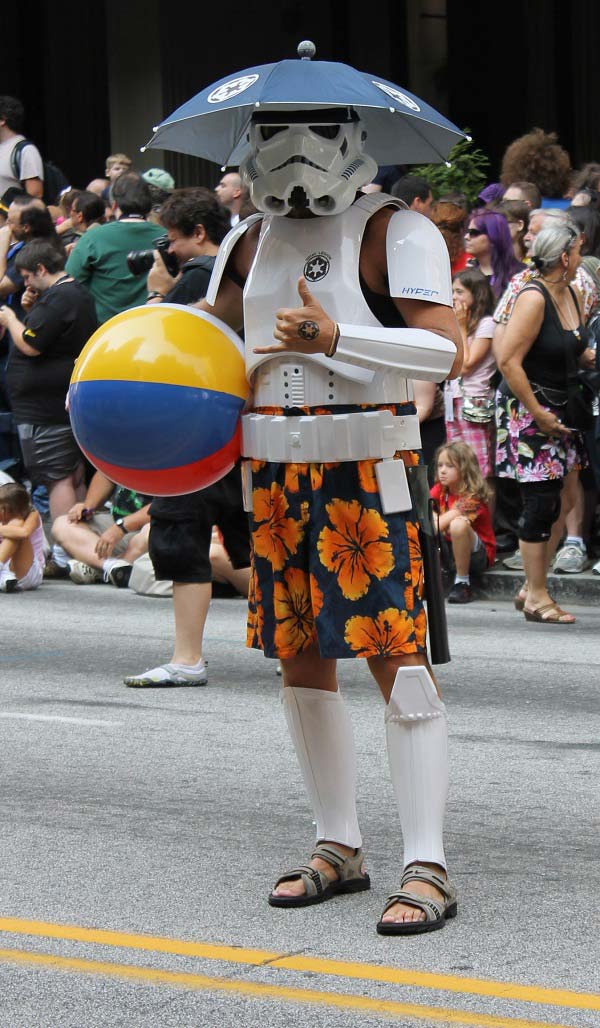 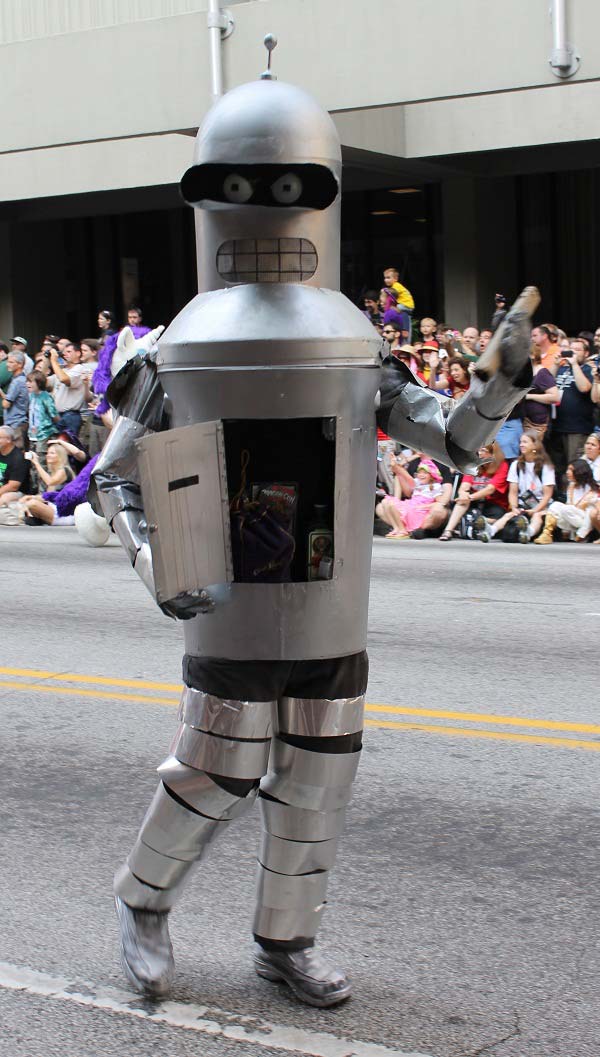