The popularity of iOS devices has spawned the creation of a plethora of docks for iPhones, iPod, iPads, and whatnot. Some are pretty cool, like the ones that were inspired by tree stumps,  while others are just plain ridiculous. Something that belongs to the latter group is the AeroDreamOne. 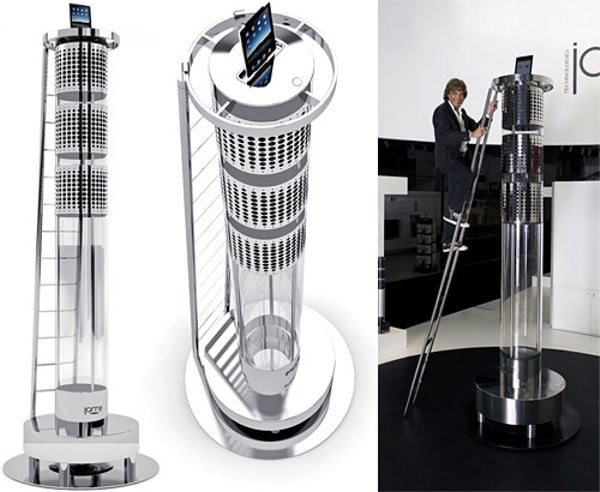 This fancy iOS dock with an equally fancy name stands at over 11 feet tall. And no, this isn’t a joke. Designer/electronic musician Jean-Michel Jarre probably took inspiration from a radio transmission tower or something when he thought up the AeroDreamOne. 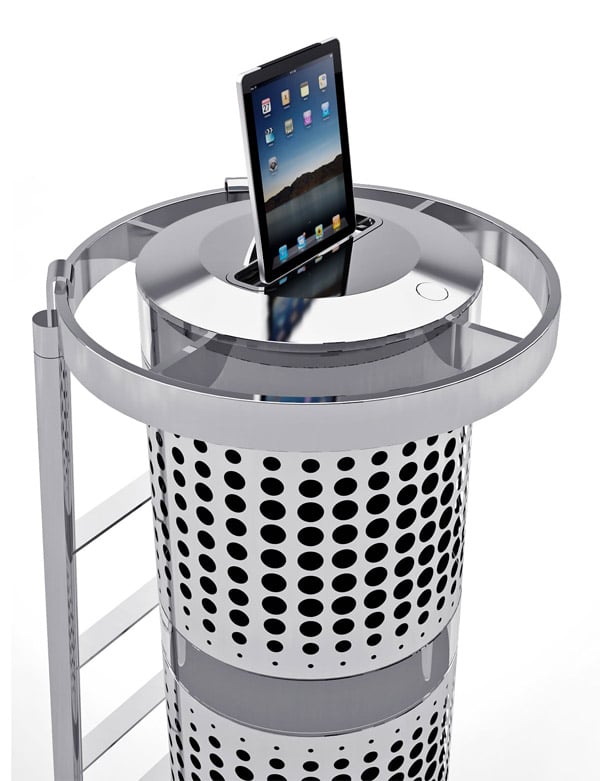 It’s available for pre-order in both black and white from Jarre’s site. But really, if I had that kind of money, I’d rather blow it on a whole new home theater system than on a behemoth of a dock that would probably put a hole in my ceiling.

[via NewLaunches via Oh Gizmo!]