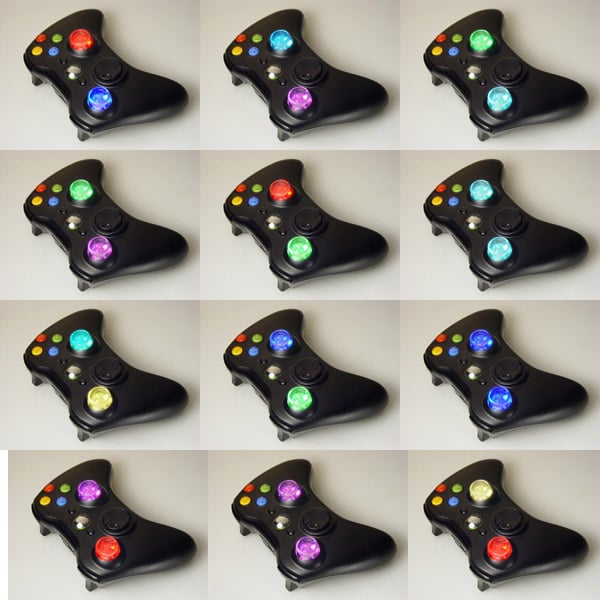 Each stick contains a circuit inside which lets your select from 7 different colors, including blue, green, red, purple, lime, yellow and white. You can even set the left and right thumbsticks to different colors.

They’ll come in a two-pack and also include both concave and convex tops, and are “easy to install”. Having taken my Xbox 360 controller apart to install those shell casing thumbsticks and buttons, I can say that “easy” is a relative term. No word yet on pricing, but you can find more details and pics over on the XCM website.