Fireworks projectors are nothing new, although I must admit I didn’t know they existed until today. But while the projector that made its rounds on the Internet a couple of years ago was meant to be enjoyed indoors while stationary, this projector only measures 10″ x 6″x 3.5″ and only weighs 1lb. – small and light enough that even a 6-year old child can wield it. And since it doesn’t actually launch fireworks, you can rest easy knowing that your kid won’t set your house on fire. He might bash your face with it though, so don’t rest too easy. 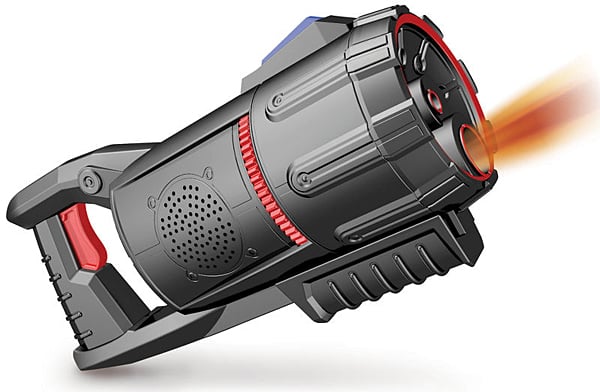 The projector is operated like a toy gun – cock the bar at the bottom to launch a virtual mortar, after which you’ll hear a thump and then a whistling sound effect. This is when the projector does something no real world fireworks can – you decide when to make the mortar burst into a cacophony of light and sound by pressing the trigger on the handle. Fancy eh? It is a kid’s toy though, so don’t expect anything too fancy. For example, it only has 8 fireworks images, which can be browsed by rotating the projector’s barrel. The images are backlit by an LED and are best projected about 5 feet away from a wall or ceiling in a darkened room. I believe this is what a sample output looks like: 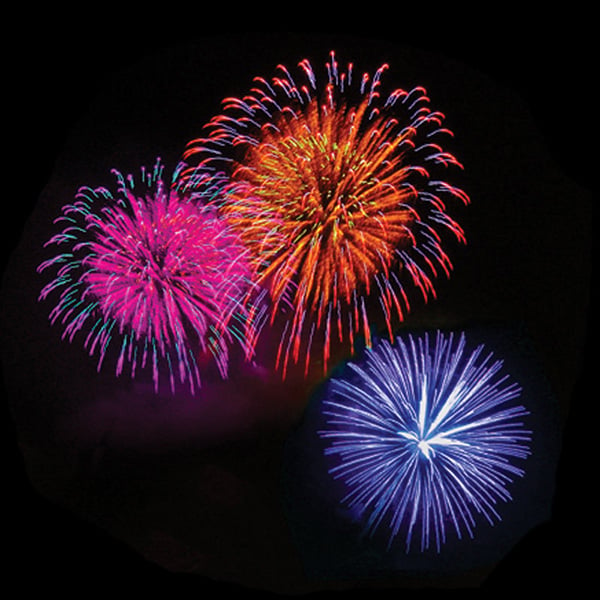 Clearly not photorealistic, but it doesn’t look too bad. I wish there was a video demo though. You can buy the Handheld Fireworks Light Show Projector at Hammacher Schlemmer for $40 (USD). Requires three AA batteries, not included. Occasion not required to operate.