The Sony Circle Sound speaker is supposed to deliver 360-degree sound from a single speaker. The compact, spherical units were revealed at the IFA2011 fair and there are two models to choose from: the SRS-BTV25 and RDP-V20iP. 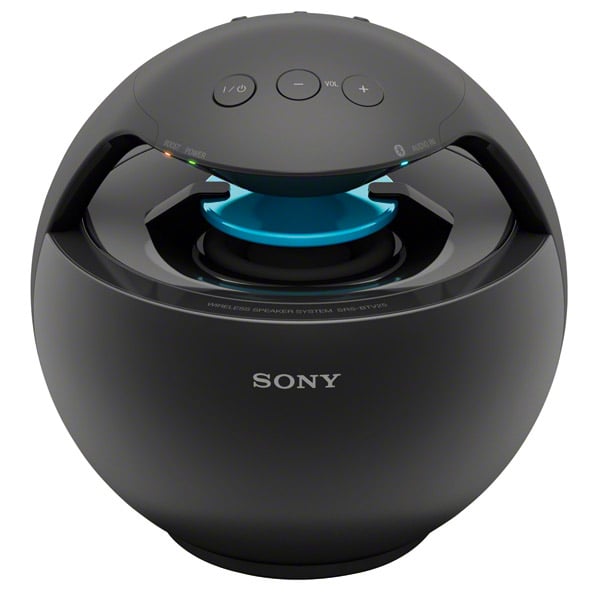 According to Sony, these compact amplified speakers are supposed to fill every corner of your room with sound – despite their small diameter of just about 5.7 inches across. 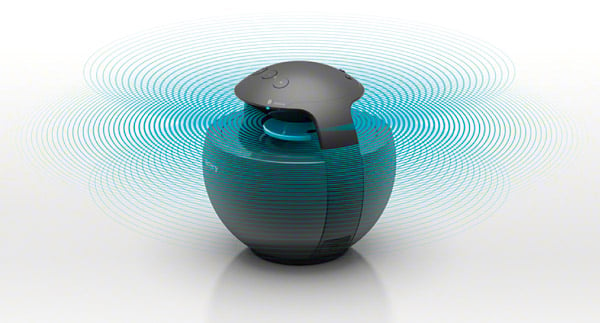 The SRS-BTV25 is designed to play sound streamed from Bluetooth-enabled devices, while the RDP-V20iP is an iPhone/iPod dock/charger which can be controlled via the included remote control. 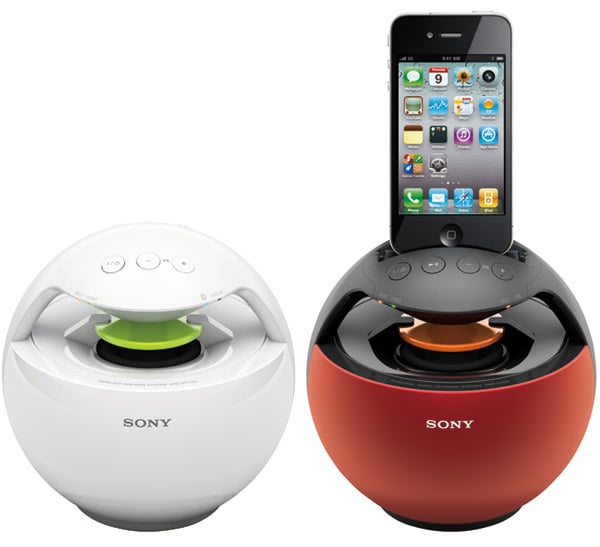 Both models feature a 2.2″ woofer and a 0.78″ tweeter. They each deliver 13W of sound. The RDP-V20IP can be powered up to 5 hours by rechargeable batteries. The SRS-BTV25 has audio jacks and a USB port to work with a variety of non-Apple devices. They’ll come in black, white, or red (only RDP-V20IP). There’s no word yet on pricing or the official release date.