Gears of War fans are going to love this new Gears themed controller from Evil Controllers. Are those bullet buttons? Why yes they are. I love how the skulls on red background look nice and dimensional as well. You’re ready to buy it right now aren’t you? Me too. 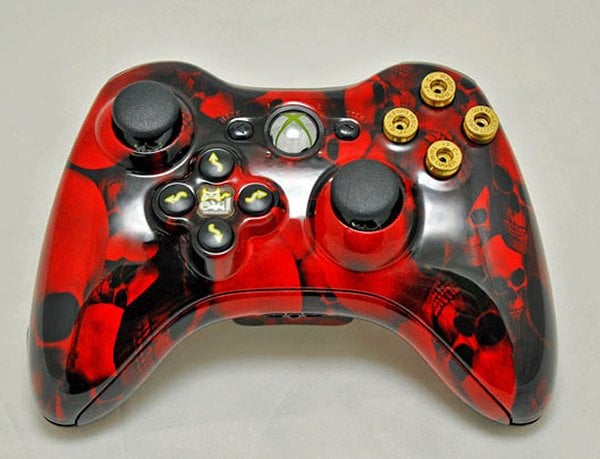 Evil Controller’s latest modded Xbox 360 controller goes along with the Gears of War games perfectly. We still have to wait until September 20th for the new game, so you might as well be prepared and have this controller ready and waiting.

The ABXY buttons are designed to look like bullets and you also get Red LEDs on the home button, non-slip thumbsticks and Evil Controllers’ Evil D-Pad which is said to be an improvement over an axis or disc based D-Pad. These are all great features, but I just want it because it looks amazing. It will cost you $79.99 (USD) from Evil Controllers.