One of the reasons why many gamers who play fighting games on consoles prefer arcade-style controllers over the default Xbox 360 or PS3 gamepad is the large joystick.

But a new peripheral maker is going the opposite way, making an arcade panel that’s all buttons. It’s actually not as stupid as it sounds, because computer keyboard. 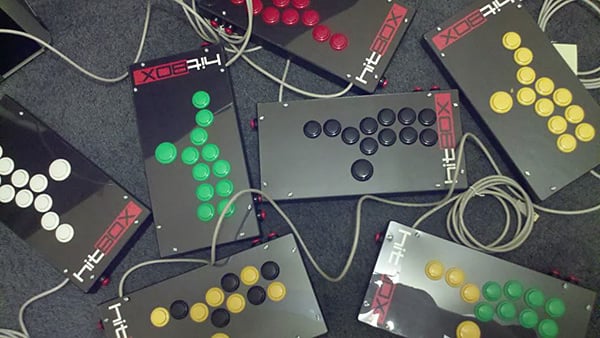 The company is called Hit Box, LLC. Their product? The Hit Box. No LLC. The three buttons in an arc plus the lower big button substitutes for the joystick. So why would you want to push more buttons instead of wiggling a joystick?

Well, for one, the fact that each button has a dedicated function (e.g. one for up, one for down etc.) means that they’re more precise than a joystick, which is responsible for several commands. This leads to faster input and fewer mistakes. Theoretically of course – I’d probably have to stare at the Hit Box for four days straight before I figure out how to work it. Speaking of working it, here’s a demo of the Hit Box used for Mortal Kombat:

The $160(USD) controller is made of a 16″ x 7″ x 2″ metal case with Plexiglas cover, with 11 24mm and one 30mm Sanwa push buttons. Apparently the demand for the Hit Box is so high that you’ll have to sign up for a waiting list to get one. Hit Box controllers for the Xbox 360 are not available for wait listing yet, so you can only ask for the PS3 or PC compatible versions. Check out the official Hit Box website for more info.