Why Buy a Real Car When You Can Buy a Model Lamborghini for $4.7 Million?

I guess it’s true that money can buy almost everything but happiness. You can buy a $92,000 frog-inspired watch, a bejeweled pen that’s priced at close to a million, and an 11-foot iOS dock with a price tag of around half a million dollars. 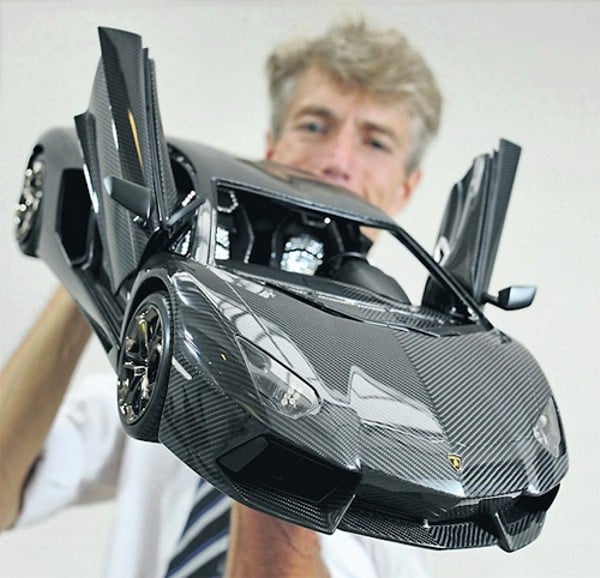 Pictured above and below is Robert Gülpen, who spent 500 hours building the model car that’s encrusted with $2.7 million worth of precious stones and metals. 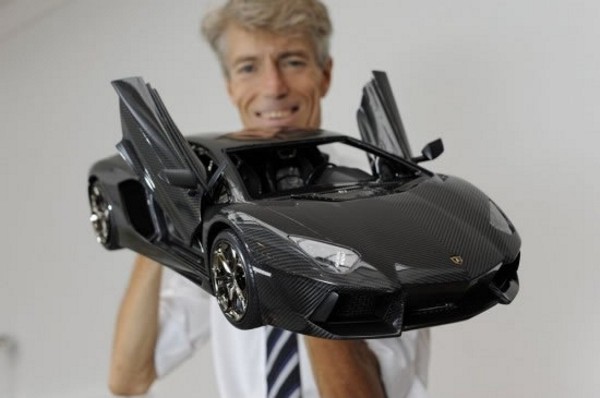 The 1:8 replica of the Lambo Aventador is being auctioned off by Sotheby’s with a starting bid of €3.5 million (equivalent to about $4,789,000.) If someone bid for my model car at that insane amount, heck, I’d be flashing a smile that’s way bigger than the one Robert’s sporting.

[via OddityCentral via Oh Gizmo!]