Touch-based interfaces are all the rage today, so it’s no surprise that most designs for future devices are based around touchscreens as well. Designers Wenhing Chu and Kok Keong Wong have an incredibly innovative concept: Two. Touchscreens. Mind = blown. Seriously though, even if this isn’t really new I think their idea does have its merits, but ultimately it’s based more on fiction than fact. 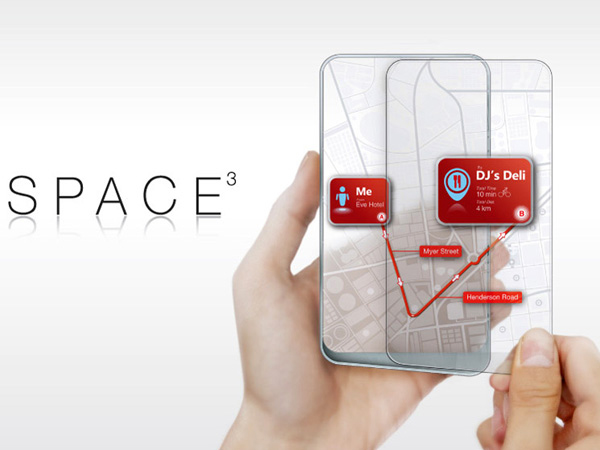 As you can see the Space 3 – or Space³ or Spaceee – takes the touchscreen to the extreme. The idea is to have a “mother” screen and a “lens” – not a baby? – screen that communicate wirelessly to extend the display. This enables a user to enjoy the benefits of two screens or one large screen with the portability of an average-sized smartphone.

It doesn’t take a genius to see that the design is more form than function though. For example, why does it have to be transparent? Wouldn’t that be more distracting to use? And how will you make its components – the mobo, the batteries, the antennas etc. – transparent?  If we’re going to be imagining things anyway, I’d rather go with a built-in projector or a holographic display. This is far too futuristic and impractical. Not that there’s anything wrong with exercising one’s creativity. 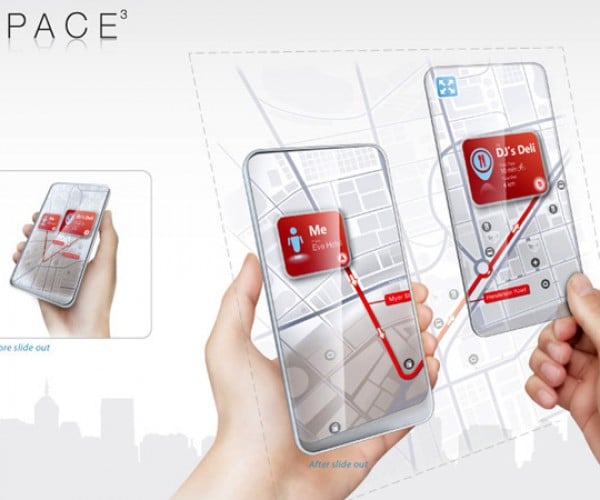 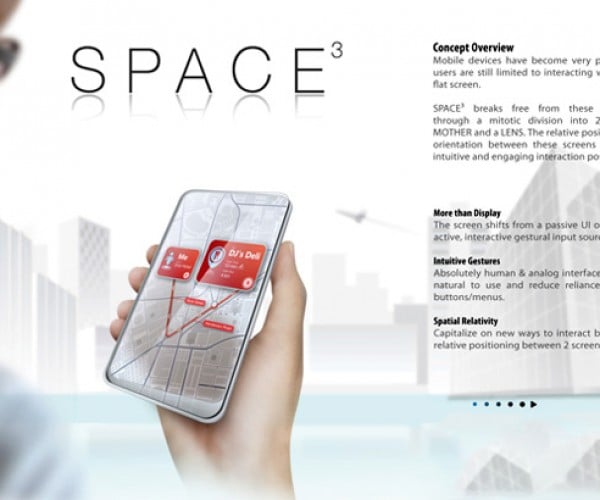 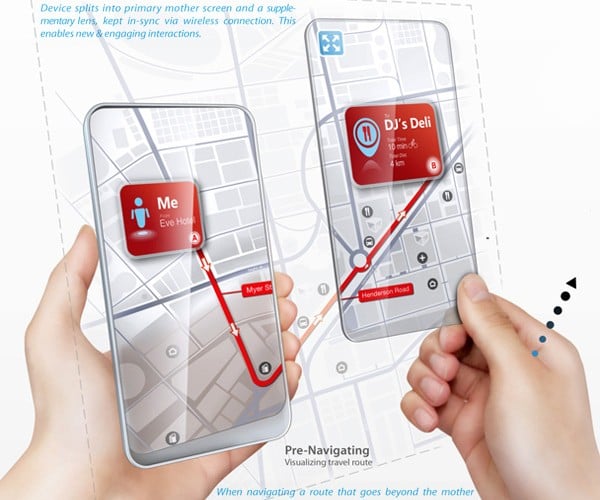 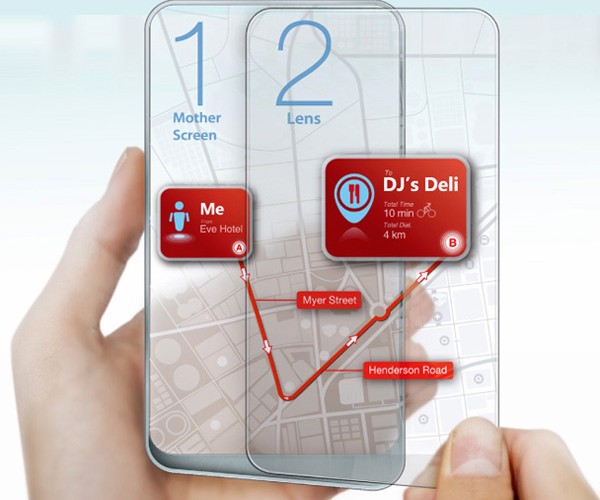 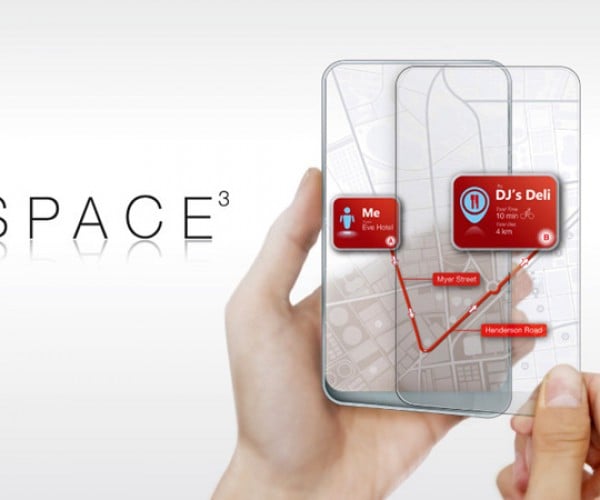 That said, I do see the benefits of having separate screens for one device. It would make it easier to compare documents or media. Or one could be the camera while the other serves as the viewfinder, making it easier to shoot shots from awkward angles. You could also make one the keyboard or the controller for gaming while the other screen remains a display. Speaking of gaming, it could also be used for two-player games (but that’s stretching it). A transparent screen (or two) would also be great for augmented reality apps.

For all its faults, I think the best aspect of this concept is that it makes us think of alternative builds for a device that’s stagnated form-wise (black body + touchscreen + ??? = profit!), and that’s good enough for me.