This incredible LEGO Ventator-class Star Destroyer was made by Iomedes using 43,280 individual LEGO bricks. It’s a replica of the one originally made by Erik Varszegi, a model designer for LEGO, who built one back in 2005 to promote Star Wars Episode III. Unlike that one, this one doesn’t use any glue, screws, wood, or steel frames to hold it together. 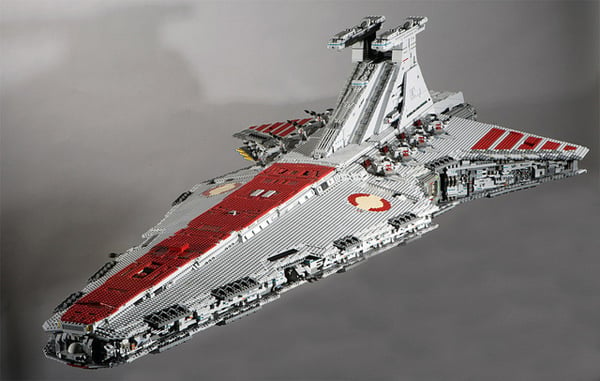 Iomedes says that it was hard to take good pictures of his star destroyer, but the video sure lets you admire it in all its glory. 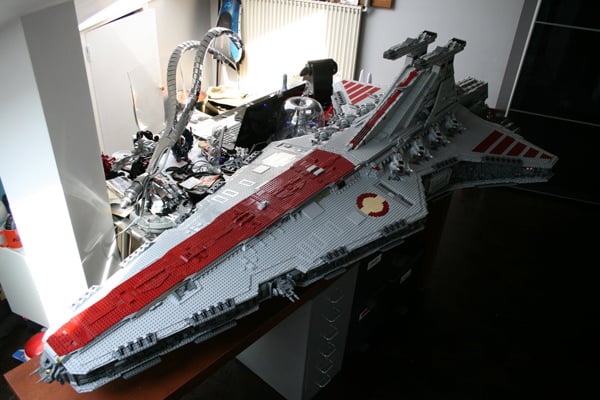 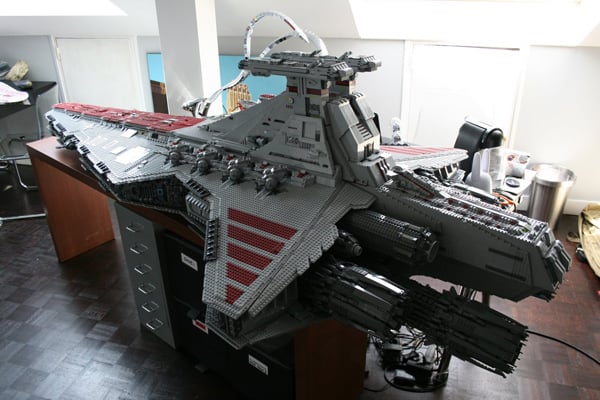 While I don’t like the prequel trilogy all that much – except some of the bits with Darth Maul and Anakin’s fall in Episode III – this 8-foot monster still looks amazing.