Invention Simulates Objects Passing Through Your Hand: Now You Can Get Stabbed, Virtually

The Kajimoto research group at the University of Electro-Communications has invented a device that simulates something passing through your hand. It’s been made to improve the reality of some games and uses a vibration mechanism to create the sensory illusion. 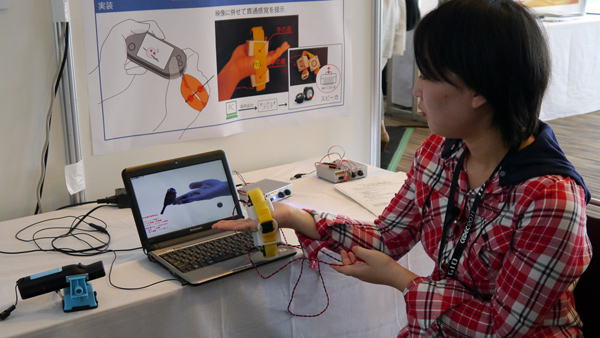 It’s based upon the phenomenon called phantom sensation, which occurs when two points on your skin are stimulated at the same time. Putting one in the palm and back of a hand, the researchers thought they could use this to make you believe that something was passing through your hand. They use a Wii-mote to sense the location of your hand. In their simulation, the device is activated when the user tries to grasp black falling balls.

The strength of the vibrations can be adjusted, meaning that it could be used to simulate getting stabbed in a fighting game. Hopefully, it won’t hurt and there will be no blood. They think they could even simulate getting shot. This could be very useful in making virtual reality and gaming more immersive. 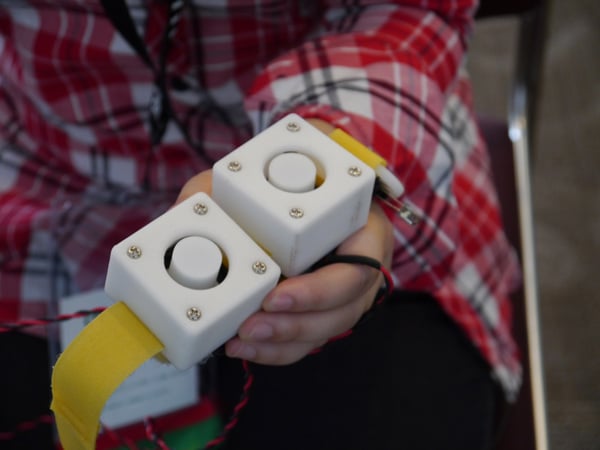 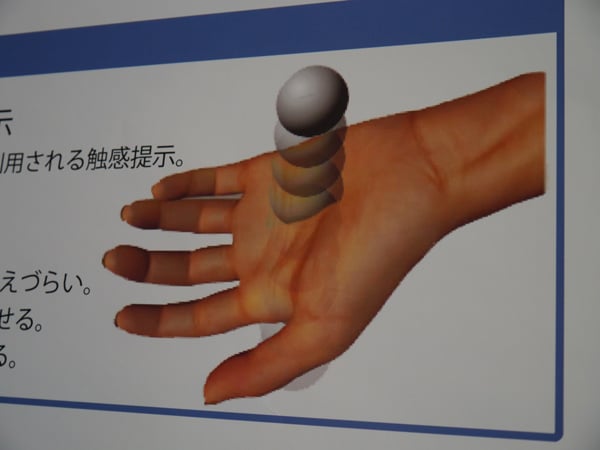