Every time I see something like this made out of LEGO bricks, it makes me want to run to the store and buy a batch just so I can try and make something as cool. 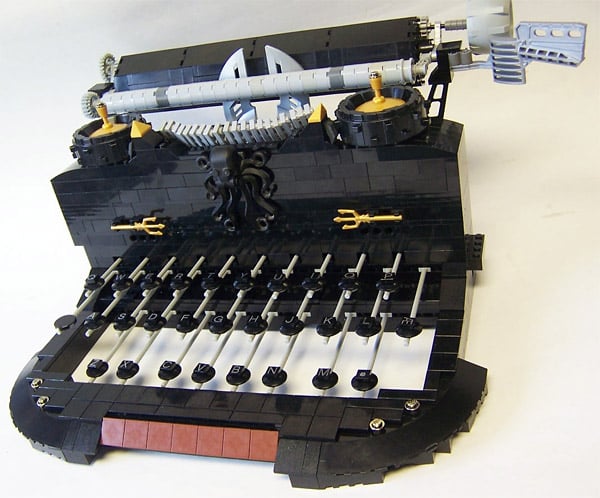 This particular LEGO creation is an antique typewriter, loaded with nifty details, including letters on the keys (though I don’t know where you get LEGO letters.) 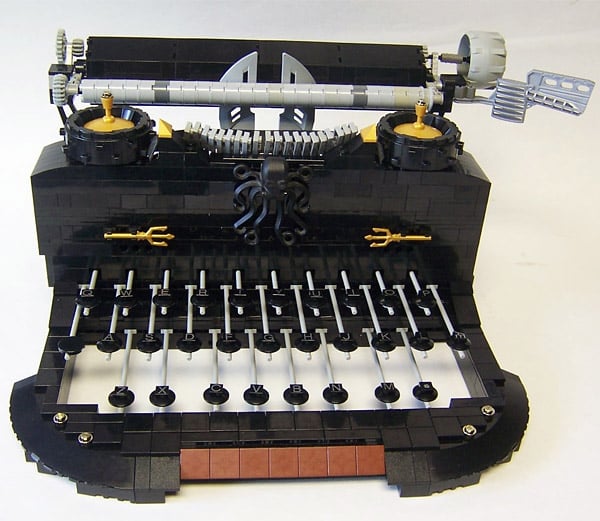 It was created by Matt Armstrong (aka “Monsterbrick”) as part of his Steampunk LEGO Inventions series, and it truly is an incredible bit of LEGO work. While I doubt that it actually functions, he sure did a good job making it look like it could actually type. Even if he did have the mechanism working, I’m pretty sure you can’t make a typewriter ribbon out of LEGO bricks. 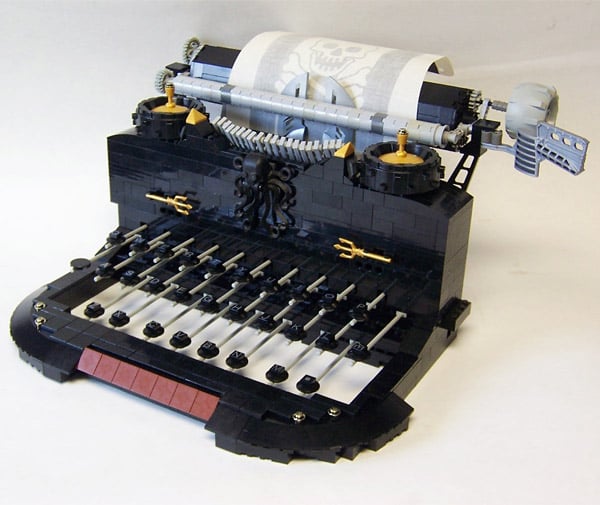 Regardless of functionality, I really like the little touches like the octopus and tridents on the front. I guess it’s a nautically-themed typewriter. I like to imagine it as the keyboard that Jules Verne might have done his writing with this.