Back to the Future Nike Mag Shoes: LEGO Edition

We were pretty excited when we heard about Nike’s new Back to the Future inspired MAG shoes. I just wish that they had power laces and that I could afford a pair. If that sounds like you as well, don’t despair. You can always make a LEGO version. 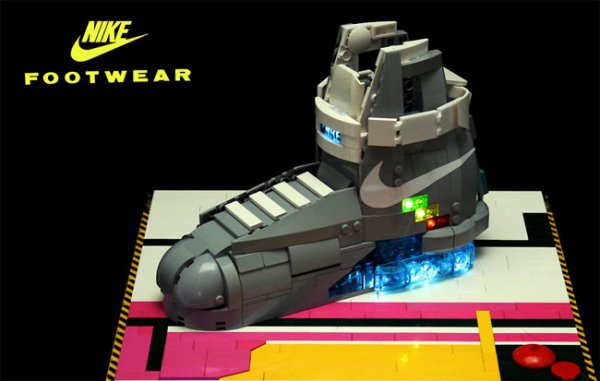 Orion Pax created his own LEGO version and then showed them off on his Flickr page. You might remember that the 1500 real Pairs of Nike Air Mag Shoes were sold on eBay with the money going to Michael J. Fox’s research foundation for Parkinson’s disease. They raised several million dollars. You might not be able to wear these LEGO versions, but they are the next best thing and they are pretty cool in their own right.

Now all we need to do is figure out how to make Marty’s hoverboard.

[via Brothers Brick via Gizmodo]