Man, the Batman: Arkham City game is getting crowded. But that’s a good thing. It means that Batman will be very busy and it should be an awesome game. Rocksteady has revealed another villain from the game. We already have Penguin, Solomon Grundy, Catwoman, Poison Ivy, The Riddler and Two Face plus others. It’s looking like the entire Rogue’s gallery might be in the game. 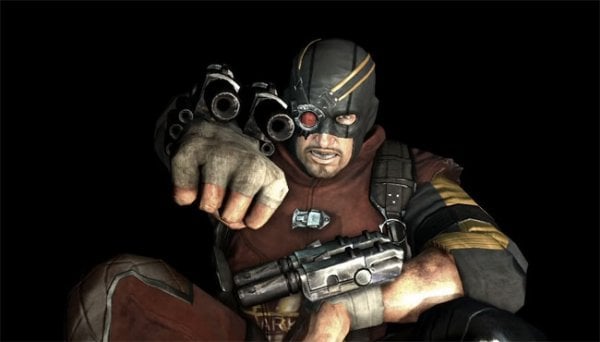 So who else is going to be in the game? Well, we now know that Deadshot will make an appearance, armed with wrist-mounted guns, sidearms and a sniper rifle. As you might expect, just like in the previous game, you’ll need to use Batman’s detective mode to track some people down. With Deadshot, you’ll need to enter detective mode in order to spot his bullets, then you can track him.

Batman: Arkham City will arrive on October 18 in America, a day later in Australia, and on October 21 in Europe for PC, Xbox 360, and PS3. I can’t wait.

[via The Daily Blam via Geeky-Gadgets]