To celebrate the release of the Star Wars Saga on Blu-Ray, last week BT Tower in London was turned into the largest lightsaber ever constructed. This is a lightsaber for the gods and may they have mercy on any mortals who get in their way. 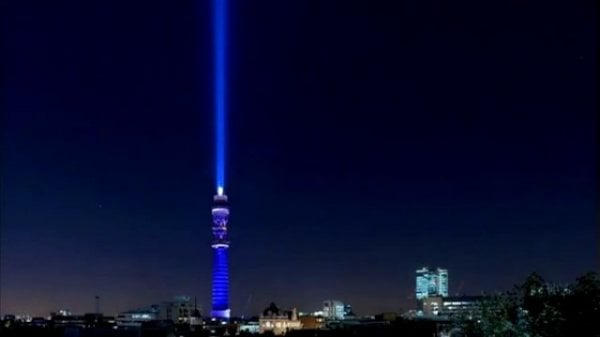 Forget about the fact that George Lucas keeps changing things in our beloved original trilogy. Forget that Han shot first. We can at least all agree that this is frakking cool.

Anthony Daniels, C-3PO himself got to push the button that activated this amazing lightsaber. While it won’t protect Earth from invading Sith or deflect asteroids, it is a great moment in geek history.

Also present at the event were Stormtroopers, Darth Vader and other characters that we all love. Hopefully this thing won’t attract any attention from a galaxy far, far away.