Mercedes-Benz iPhone Interface Plus Coming in 2012, Just as the Mayan Calendar Predicted

Car makers want the latest and greatest technology in their cars. That includes not just what’s under the hood, but what’s in the dashboard as well. That means making cars friendly for your phones, tablets and more. Mercedes-Benz has some interesting ideas about this one, like the concept they recently showed off at the Frankfurt Motor Show called “iPhone Interface Plus”. 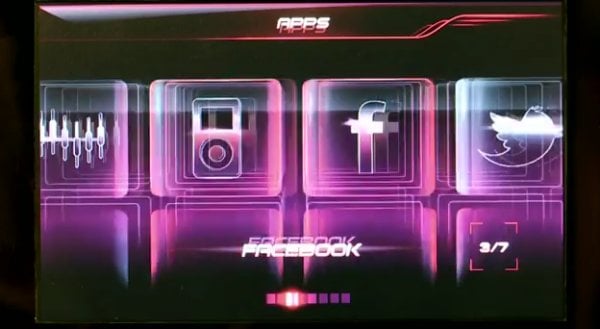 It will work with a free app from the App Store and the idea is that an iPhone will be concealed in the glove compartment. It will be fully integrated into the vehicle electronics. That means that you can use hardware controls and the a larger display on the dashboard to control and view content in a not so distracting way while driving.

Judging by the way that people drive already, I’m not sure this is a great idea, but what’s one more idiot on the road right? Maybe this is how the world ends. In 2012, just as the Mayans predicted. We will all kill each other while updating Facebook. The app is however designed specifically for in-car use, giving you one-click interactions with social networks, email, and GPS services. You also get text-to-speech capabilities for email, Twitter, and Facebook.