Gaming devices like the PlayStation EyeToy, Nintendo 3DS, Microsoft’s Kinect and the upcoming PS Vita are all presenting ways of bringing virtual characters into real world environments. But a research group at Keio University is working on a more uncanny technology. If they have their way, we’ll soon be able to touch virtual objects, including, yes, virtual characters. Aaawkwaaard… 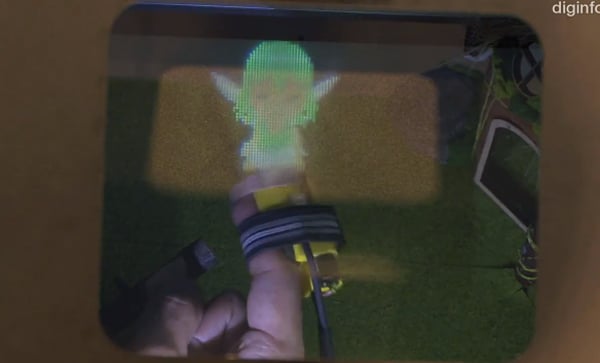 The researchers call their system the RePro3D. It has three major components: “[a] mechanically-controlled model environment, a tactile interface and a glasses-free 3D integral imaging display.” The RePro3D can project 3D images seemingly suspended in mid-air, waiting to be tickled and other things we shall not mention thanks to “retro-reflective projection technology”. This enables it to display images independent of the location of the light source. Meanwhile, an infrared camera detects the movement of real world objects – say, a human hand – and the system cues the 3D object to react to the “touch”.

“There are many attractive characters in animations and games, but since those characters only exist within the screen, it feels a little lonely…” Riiight. The researchers are also looking at incorporating wearable tactile feedback devices for users to add sensation and make things less lonely.