We all think we can win the lottery even though the odds against us are in the millions to one range. NASA has a massive satellite the size of a bus set to come blazing back into the atmosphere this week. NASA has stated that the odds of a chunk of this satellite hitting some unlucky person on the ground are 1-in-3200. Do those odds bother anyone else? 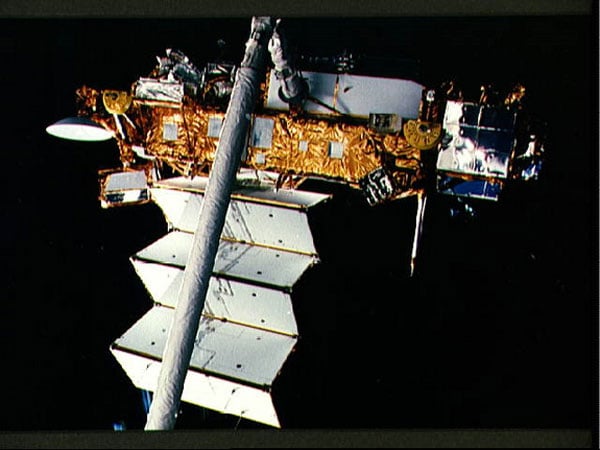 The satellite in question is the Upper Atmosphere Research Satellite or UARS, which was decommissioned in 2005. The last of its fuel is now burnt, pushing the massive 6.5-ton satellite into a lower, decaying orbit that will eventually bring the satellite hurtling back to Earth. 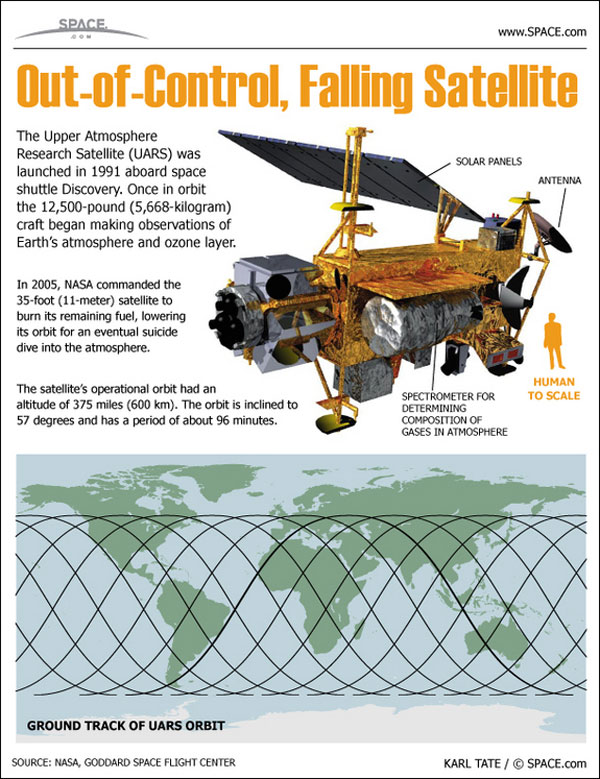 The rub is that the satellite is so big that NASA figures that this Friday – when it’s predicted to enter the atmosphere – about 26 large chunks (weighing as much as 300 pounds) will make it through re-entry and to the surface below. If you aren’t nervous yet, NASA has no idea exactly where this thing will land. Re-entry is predicted to be over a 500-mile long area that puts it over populated areas. According to NASA, the chances are high that the pieces will hit the ocean or uninhabited land, and the chances of any one of us being hit are slim, but I still don’t like those odds.