Screenshot Game Concept: if Portal Let You Travel Through Space and Time

Portal’s popularity may largely be due to its memorable characters, but not even a real cake could have saved the game if the core mechanic wasn’t innovative and well-executed. What could be cooler than a gun that lets you travel through space? Turns out that that’s not a rhetorical question, because developer Arthur Lee actually has an answer: a camera that lets you hop across space and time. 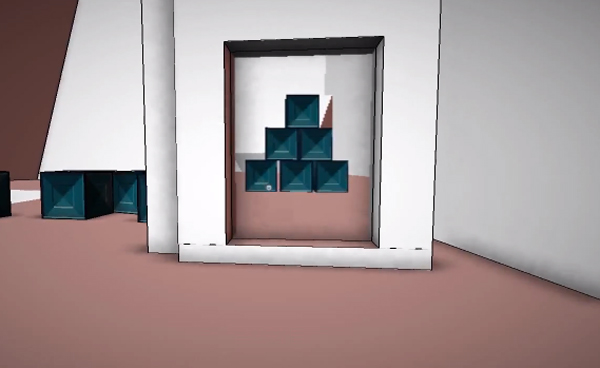 Aside from Portal, Arthur Lee’s unnamed concept was inspired by another game, an indie game that’s not even out yet. Freakin’ hipster concept. Anyway, the indie game that inspired Arthur is called Snapshot, and in it you take pictures of objects to transport them anywhere else in the game’s world. Basically, if you can see the object, you can generate a copy of it. You really should see it in action. Lee combined this gameplay dynamic and Portal‘s equally clever mechanic to create a mind-blowing demo:

After watching that clip my first thought was that Lee’s concept is too awesome for it’s own good, that this unseen camera is too powerful and would lead to an unchallenging game. But then I realized one could say the same about the Portal gun, but its developers still managed to make a fun and fairly mind-taxing game out of it.