Would you look at this abomination. This is a knockoff/ripoff “Battman” console whose origins are unknown, though it’s clear from the “Made in China” sticker that it came from somewhere in that part of the world. 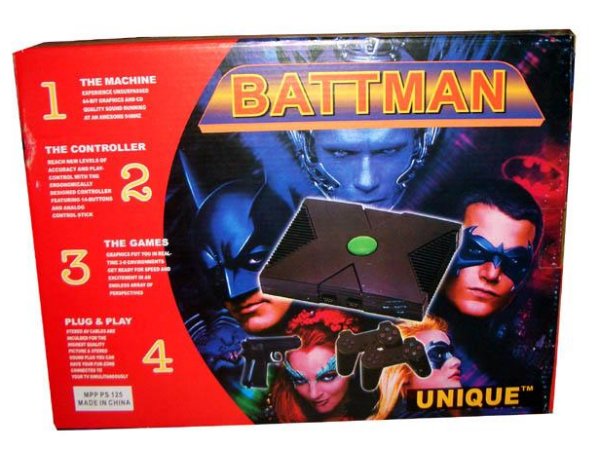 It’s almost as bad as that 1990s disaster of a movie on it’s cover. Inside you will find a Christmas colored (fake) original Xbox (I guess it matches the boy wonder’s colors), two PS1-style controllers and a cheap-ass gun accessory. 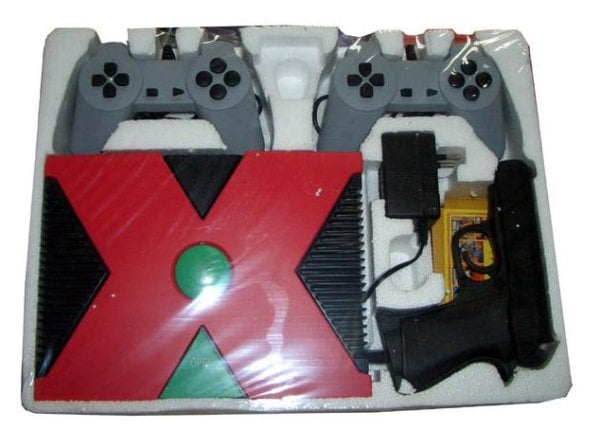 And here I thought that nothing could be worse than George Clooney as Batman. I’m sure that a bunch of Microsoft lawyers are probably already all over this thing. To top it all off, the company name on the box is “Unique”. There’s nothing unique about throwing an Xbox and some PS1 controllers together in a box.