What you see in the photos here is one of those rare items that is at the same time both awesome and supremely stupid. The man you see here is from China and is named Shu Mansheng. It appears that Shu built something akin to an AR.Drone that he could actually fly on. As you can see by all the propellers, certain death is just one step away. 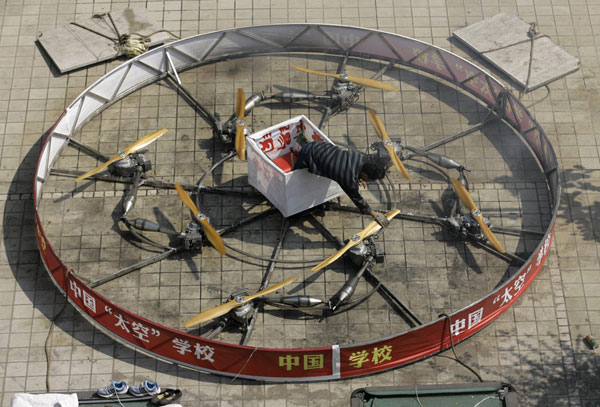 The 18-foot diameter circle is made from metal of some sort and in the center is a metal box securely wrapped in what appears to be plastic for the utmost safety during flight. The lift is provided by eight different motorcycle engines on their side bolted to the metal frame. Shu has about $3,135 invested in the machine, and this is his fifth model. 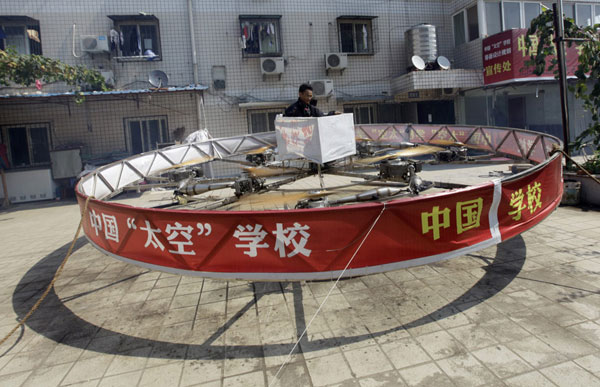 So far, Shu, who is a farmer by trade, has had one test flight in the courtyard that appears to have been conducted while tethered to the ground. The craft flew for about ten seconds. Obviously if something went wrong, and Shu fell from the basket he would be chopped into tiny bits by the staggered, whirring propellers – even if he were just a few feet off the ground. 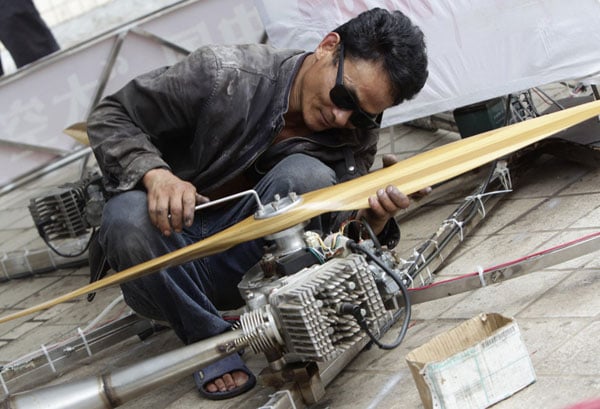