Escher’s Relativity is Possible in Minecraft

Gamers and Escher go well together. The artist’s famous lithograph Relativity looked even more impossible – and way more lethal – when converted into a Portal level. But Redditor/miner of crafts/illusion-breaker bergenco takes the same lithograph and makes it make sense. I’m not sure if he just ruined the point of the artwork or made it more awesome. 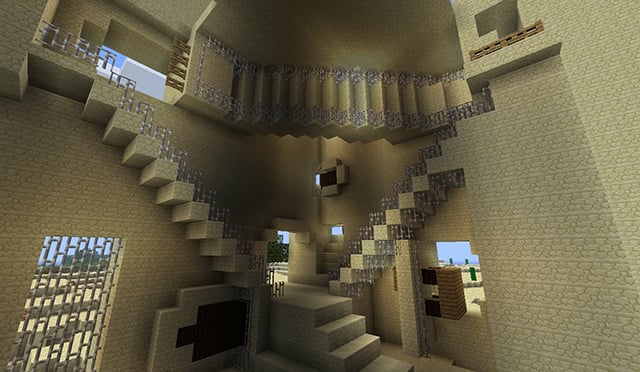 It took bergenco about 5 to 6 hours to shatter the illusion. On second thought, I think this version looks less weird because no one’s walking on any of the stairs. Put some pigs in there bergenco! Get lost in the high-res shots at imgur and Mediafire.