Fusion Micro Gamecube Portable Looks Like it Still Weighs as Much as a Gamecube, Still Awesome

YouTuber Ashen123451’s portable console mod is a mish-mash of brands and generations. As you can see in the picture below, it’s a Gamecube in a PSP case. Or at least the front of a PSP case. Because this thing is portable in the same way two bricks taped together are portable. 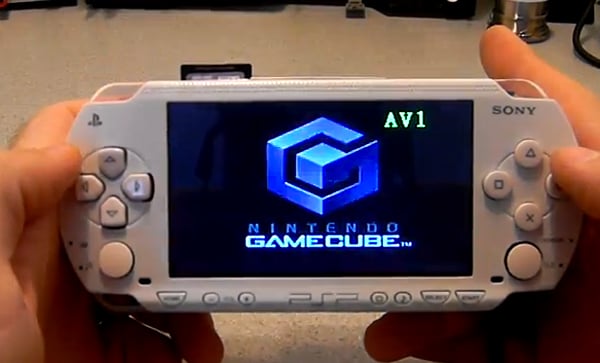 But I’m being too harsh; it’s simply too much to expect anyone to fit the Gamecube’s guts into the PSP Slim’s original case. The truth is that the Fusion Micro is an awesome mod. It has two analog sticks, a Z button (it’s that small black button behind the R bumper), a toggle to switch the X and O buttons into A-B or B-A configuration and a battery, although it can only power the console for 2 hours. Here’s a closer look at the mod. It’s thickness will shock you. Or not. I just spoiled it. Dammit.

And here it is doing what it does best:

Awesome mod. I wonder if legal and publishing concerns really make it impossible for Nintendo and Sony to make their portable offerings play games from their older systems, because I’d rather have this than some 3D gimmick.

[via GoNintendo via Dvice]