Tokyo is crazy about Star Wars. We knew that much already, but now they have gone and made the handrails in their subway cars look like lightsabers, in honor of the Blu-Ray release of the Star Wars saga. 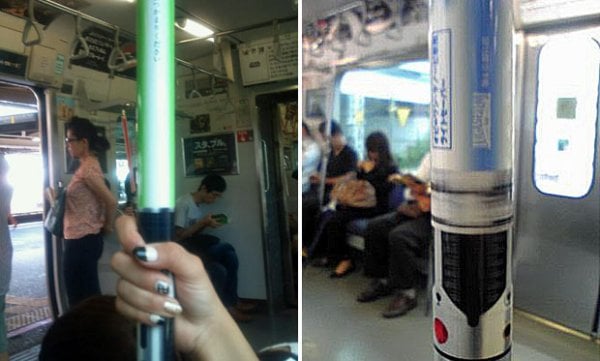 Now every Tokyo commuter can feel like a Jedi on their way to and from work. Years from now we will still be bitching about the changes that George Lucas makes with every release, but at least those in Tokyo will have fond memories of wielding fake lightsabers, while they hold their briefcase in the other hand. 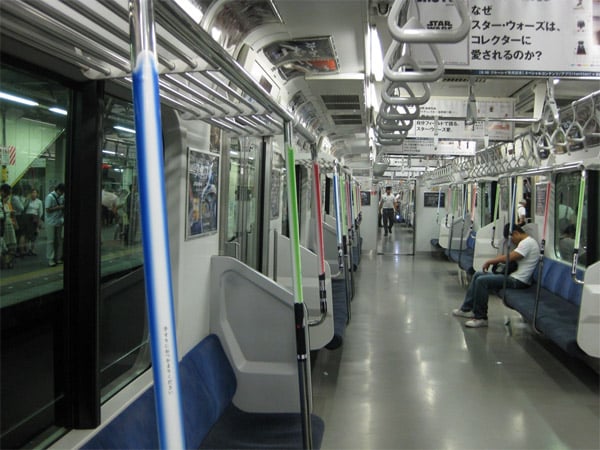 The rails were made-over with simple wraparound decals, but they look amazingly accurate, as if the poles had really been replaced by lightsabers. Great job of marketing the new Blu-ray release. Now please, no more changes. I just want to watch the original un-retouched versions. 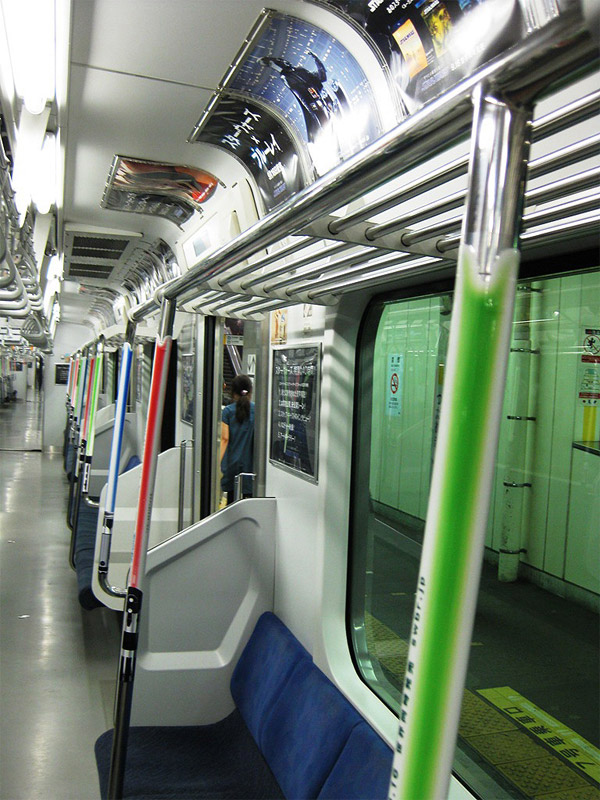