I recently changed from an iPhone over to an Android smartphone. I found pretty quickly that the short battery life that I got playing games isn’t only a problem with the iPhone; my Android smartphone has that problem as well. If you are an Android user that happens to have an HTC Sensation 4G, a new battery has landed from Mugen Power that should help. 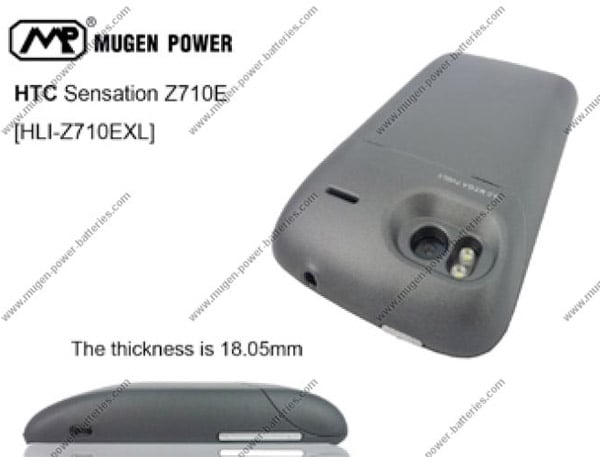 The company has a new extended battery pack for the Sensation 4G that will more than double the battery life you get from the smartphone. The factory battery in the phone has 1560mAh of power, while the Mugen Power upgraded battery has 3600mAh. The downside is the Mugen battery is much thicker.

To get the thicker battery inside the Sensation 4G requires the use of a new battery door, included with the battery. It increases the overall thickness of the phone from about 11mm to 18mm. The part number for the Sensation 4G battery is HLI-Z710EXL and it’s available now for $104.95 (USD).