If you’re planning on going on vacation, or just have a place that you want to keep an eye on while you’re away, you might want to check out this little security gadget. This camera not only is capable of capturing images in the dark, it has a built in GSM phone which can send you MMS image messages when there’s motion detected. 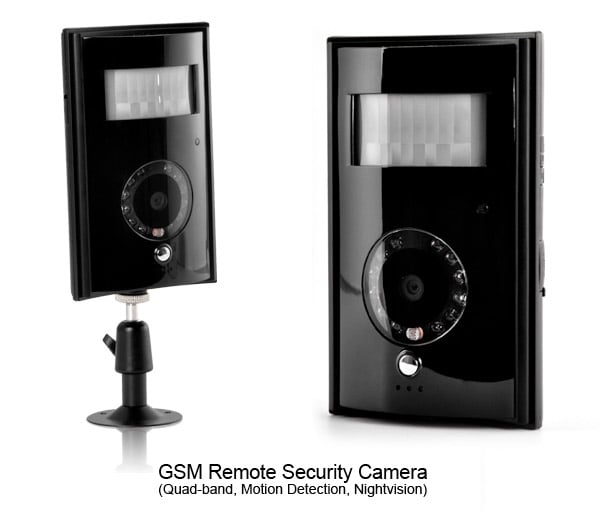 Just drop a mobile phone SIM into the back of this GSM Remote Security Camera, and you can keep watch from any place you have a cellphone connection. In addition to being able to automatically send alerts when it detects motion (using an IR sensor), you can send an SMS message to the camera for it to send you a reply with a series of images on-demand via MMS or email. It even lets you listen in to audio at the monitored location in real time. And unlike some of the gadgets that come out of China, this one offers Quad-Band network support, so it’ll work worldwide – as long as you’re on a GSM network. 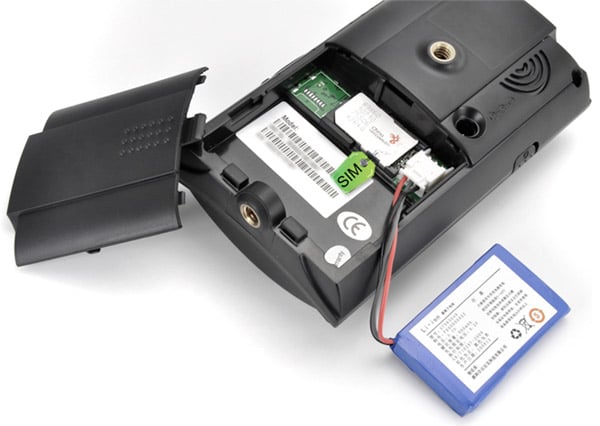 Image resolution from the camera is nothing to write home about, though – with a maximum 640×480(VGA) resolution, but this is a security camera – not something you’ll use to take portraits with. In keeping with that theme, it captures a wide 70-degree viewing angle, and can capture clear images from up to about 25 feet away in nightvision mode. It’s not clear from the specs, but it sounds like it doesn’t capture video footage at all – instead sending you a series of JPEG stills.

Since you’ll want to have this thing on all the time, you’ll probably want to have it plugged into the included AC adapter, but it does have a built in Lithium battery and can stay in standby mode for 24 to 36 hours on the battery pack if needed. Keep in mind that the camera does not automatically stay in nightvision mode in order to conserve on battery power. This can be activated by remote SMS message.

The GSM Remote Security Camera is available over at ChinaVasion for about $130 (USD), and includes everything you need to get started – except for the mobile phone SIM. You’ll have to add on service from a cellphone provider for that.