QLOCKTWO Touch Verbal Alarm Clock: Wake Up With the Words

A while ago, we reported about the QLOCKTWO, a stylish wall clock that used words instead of numbers to show the time. It was somewhat of a big clock, and it was also quite expensive (~$1,100), which is why I kind of like this new, smaller desktop version. This model is is the QLOCKTWO Touch and it’s touch-sensitive and comes packed with LEDs. 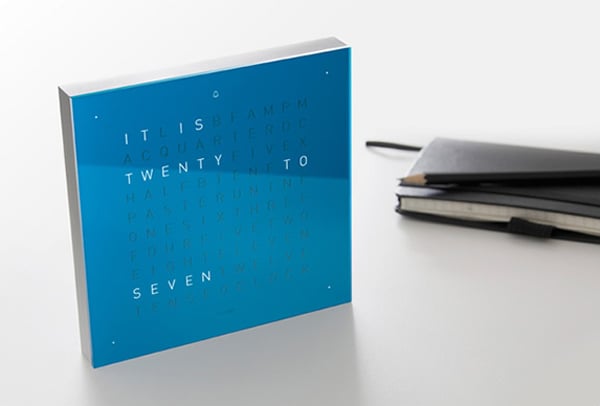 The sharp text outlines are easily visible thanks to the bright LEDs inside. You can engage the snooze function by simply touching the clock. The clock is machined from a single block aluminum. It comes in seven different colors, and the front panel is held in place by magnets, so you can switch colors if you get bored. It’s also available in English, German, French, Italian, Dutch, Danish, Russian and Spanish. 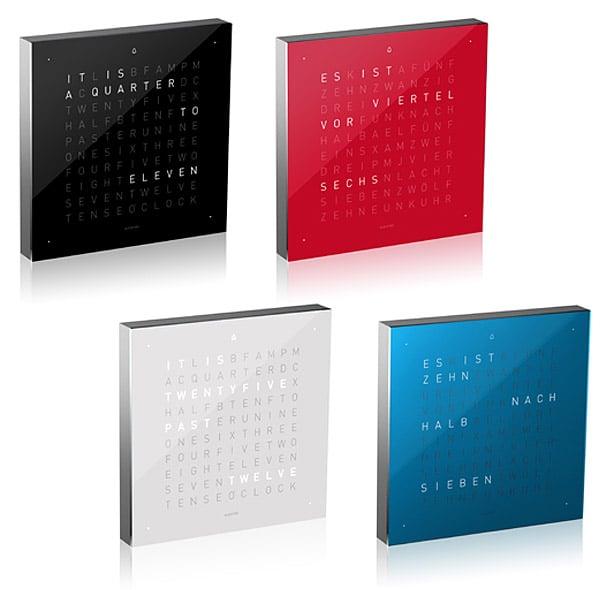 It also offers an alarm clock mode, which can be snoozed by simply touching the face of the clock. The reading light mode illuminates the entire clock face, switching on all 114 LEDs inside. Get ready to pay for all of this style, because the QLOCKTWO Touch sells for $599 to $650 (USD) at the Biegert & Funk store. 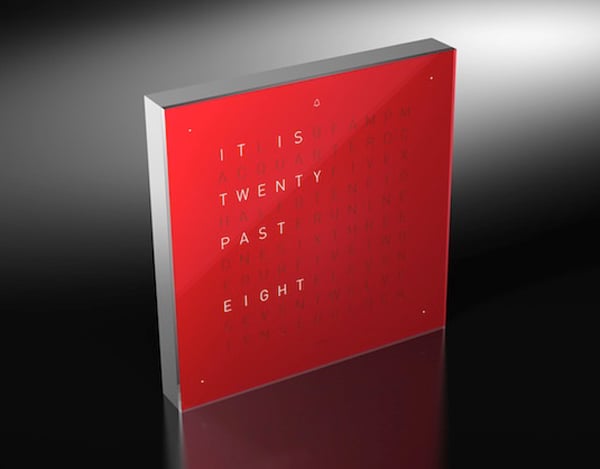