LEGO Ford Explorer Made from Over 382,000 Bricks

I am a big fan of cars and stuff made from LEGO. Though if I was going to make a gigantic life size replica of a Ford vehicle, it wouldn’t be the new Explorer. I would opt for the Mustang, a Raptor truck, or maybe the Ford GT. The explanation of why a new Explorer for a project like this would be a sponsorship from Ford. 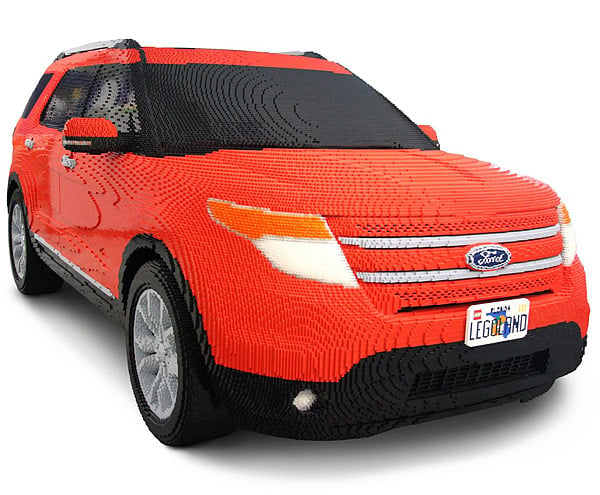 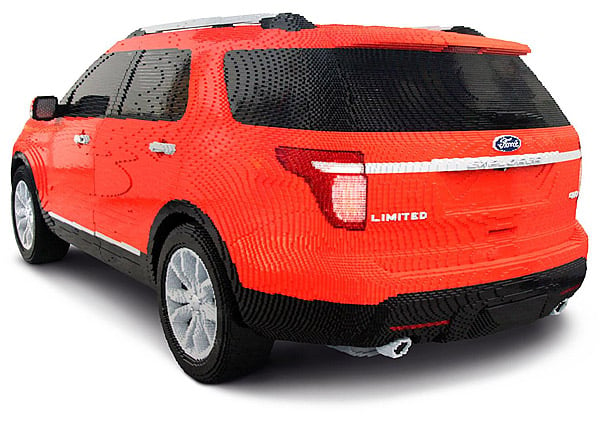 Ford wants people to buy the new Explorer and since the Explorer makes for a nice family car a LEGO version at Legoland is a nice way to reach the parental units. This full-size LEGO reproduction used 382,858 bricks and will be on exhibition at Legoland Florida theme park. It took 22 Legoland workers 2,500 hours to build the Explorer. 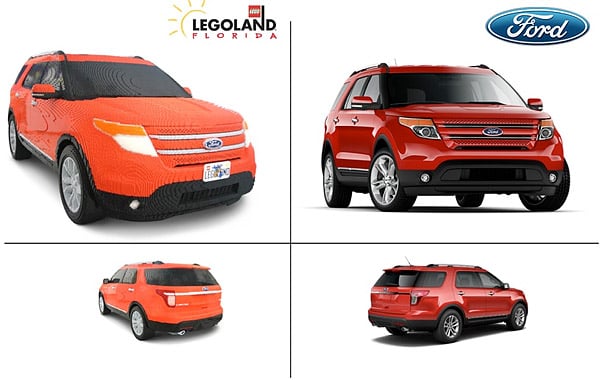 As you can see in the photos the LEGO version is a dead ringer for the real thing. The completed LEGO SUV weighs in at 2,654 pounds, almost half the weight of the 4,503-pound real deal. Check out the real thing being built in this time-lapse video. I love LEGO projects of this scale.