I’ve yet to see a movie that looks significantly better on 3D, but another reason why I’m not willing to pay to watch a 3D movie is because I wear prescription glasses. Not only do I look stupid wearing two pairs of glasses, the 3D glasses fall off of my face every 30 seconds. Sometimes the uneven alignment of the glasses also gives me a massive headache. Finally, LG has a solution for four-eyes like me: clip-on 3D glasses. 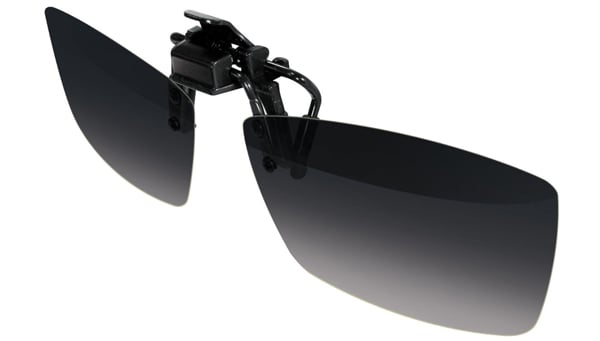 LG made the AG-F220 glasses for customers who have LG Cinema 3D HDTVs, but I don’t see why you can’t use it to watch 3D in cinemas or on other brands of monitors or TVs. The polarized lenses also offer UV protection so you can even use them as actual sunglasses. You can order the AG-F220 straight from LG or from Amazon for $20 (USD). Pouch and cleaner included. Someone should mod this to make them look like Adam Jensen’s implanted shades.

[via Engadget via Wired]