Ever wonder what facial expression people make when they’re about to be hit by something via slingshot? No? Well, no need to keep guessing because the Sling Shot camera can help you out with that by taking photos of people prior to them getting shot at. 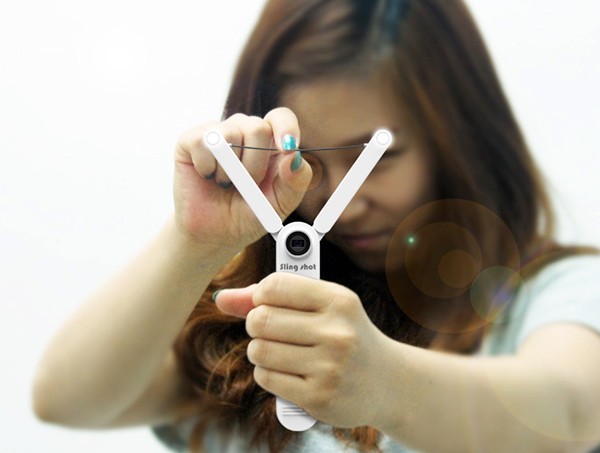 Thought up by designers Sung Young Um and Jung Eun Yim, the Sling Shot camera shows no mercy to its victims. Personally, I don’t think I’d flash a very camera-friendly look once the flash on the Sling Shot cam goes off.

And, here’s the thing: you actually have to fire something off (or just go through the motions, which I think is better, for your sake as well) because there’s no shutter button on the camera. Instead, the camera takes photos when the string vibrates–that is, when it’s pulled back and actually released. 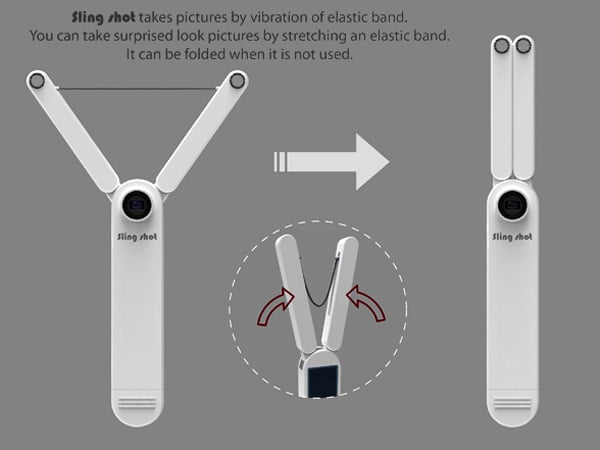 It’s a fun concept and definitely a novel one, although I think the Sling Shot is just that: a novelty. (Although the expressions you’ll be able to capture with the camera will be priceless.)