Would you believe that what you’re looking at here is an Xbox 360 console? Yeah, me neither. But it is. A modder going by the name Kier created this mean green machine using a modified Lian-Li PC-XB01 case, loaded with extras. 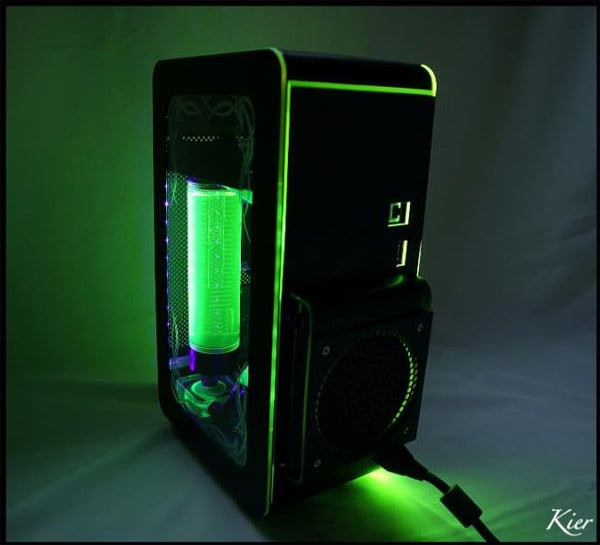 For some reason, the name Xbox Supreme reminds me of the old Royale with Cheese, and this console looks just as tasty. While it may have gotten its humble beginnings as a couple of original white Xbox 360s, it sure doesn’t look the same anymore after Kier worked them over. 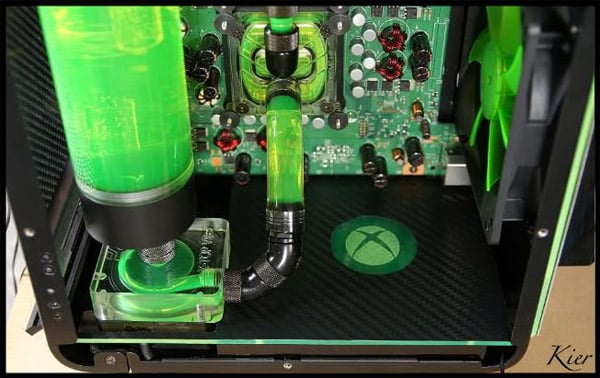 While it is substantially larger than a stock Xbox 360, the Xbox Supreme is much less likely to give its owner the dreaded red-ring of death, thanks to a schmancy XBOX PRO Dual 40 water-cooling system to keep things nice and chilly. He then loaded up the cooling system UV Acid Green cooling fluid, and lit the whole shebang with green and UV lighting to great effect. Of course, the clear etched acrylic panel on the side lets you see all the green goodness on the inside. 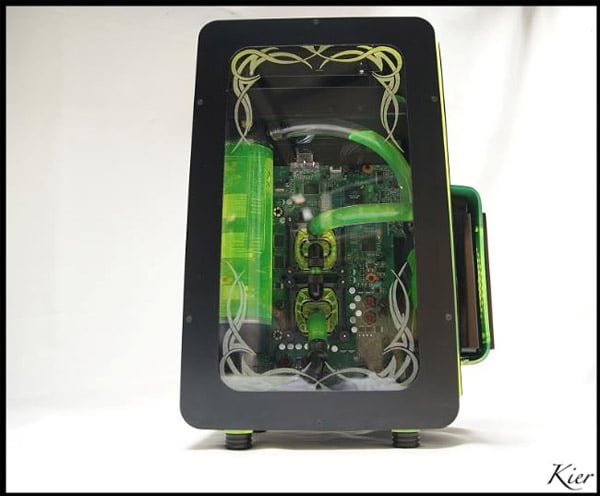 Perhaps my favorite picture from the whole build is this one, showing off the comparison between the various Xbox 360 generations. Clearly, the Xbox Supreme isn’t the smallest, but it is the greenest and coolest-running of the three. 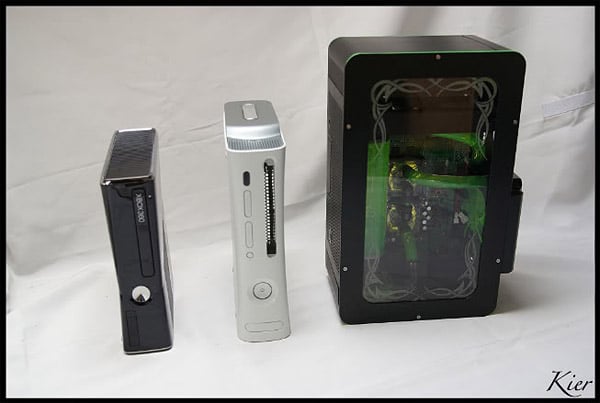 Check out the full Xbox Supreme build log over on the bit-tech forums.