USB Shot Glass is a Drinking Game in a Cup

Here’s a new twist on an old drinking game. This shot glass is powered by a 1 GB USB drive that goes into the bottom of the shot glass. The USB drive contains the Power Hour Album, which features 60 one minute drinking songs from drinking game guy Ali Spagnola. That equals an hour. Get it? 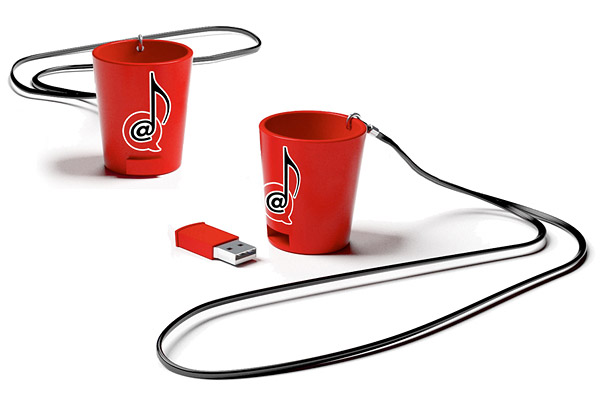 The idea is that you drink a shot of beer every time the song changes. That should get you good and pissed in no time. You get songs like “I’m Fine Occifer” and “You Won’t Remember This Song.” The shot glass also has a lanyard, which will come in handy as you are staggering about and puking. Once you wipe off your face and fall on your butt, you’ll notice that the shot glass is still attached to you, and then you can drink some more.

The Power Hour Shot Glass USB set is $30 (USD) here. You get a 30 second bonus track, a poster, and an explanation of the game, along with the full 60 song album. You can also just buy the album from iTunes for about $12, or just buy the CD for about $17 if you are still rocking a Compact Disc player. Drink up people!