Mario Lukas apparently likes to read his memos on toilet paper, since he created this printer that uses toilet paper rolls instead of traditional A4 sheets. Lukas created this TP printer as an entry in a hardware hacking contest called “Mach flott den Schrott” that was being held by German technology magazine c’t. 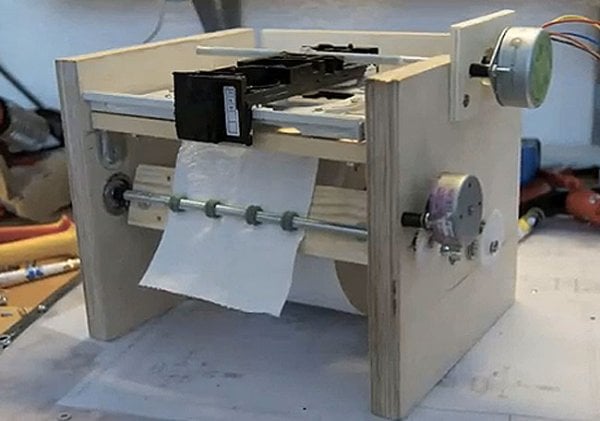 It’s made with old printer parts and Lukas even gave it an Ethernet port so that he can control what he prints. He designed it mostly to print Tweets and Facebook posts(the content of which is usually suited to just this type of paper) but it can also print RSS feeds. Need to add more paper? Just head down to the local store and buy an 8 pack of TP. Put half away for yourself and half away for the printer, then open the side of the printer and put it in.

Pretty cool. If only it could print it and put it back on a tube. Then you could print your own custom toilet paper and sell rolls.