So scientists are shooting lasers into the sky to make it rain in areas that are in dire need of some precipitation, and now Boeing, the world’s largest aerospace company, wants to fight fires by dropping giant water balloon bombs over the flames. 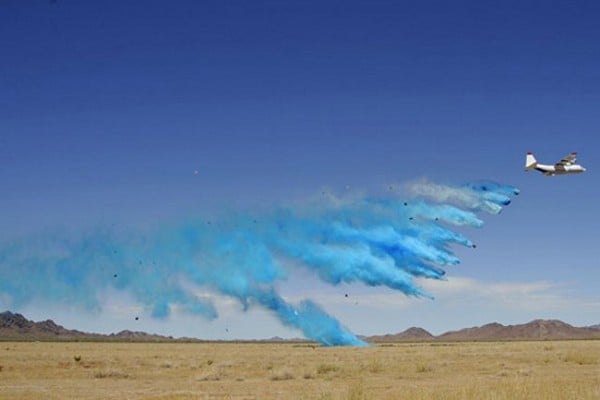 Kidding aside, the technology is Boeing’s way of “bringing science to the art of firefighting.” When I read “water balloons,” the first thing that popped into my head were the type of water balloons that I used to throw at my sisters (to piss them off) when I was much younger. Obviously, the ones used for Boeing’s firefighting system, Precision Container Aerial Delivery System (PCADS), are much larger, more durable, and environment-friendly. Each water balloon can hold about 250 gallons of water or fire-retardant. Not only is this method of fighting fires more accurate, but a regular C-130 cargo plane can be used to drop them, and can drop water at a higher altitude than traditional firefighting airplanes.

PCADS is still in its test phase, though, so forest fires will still have to be fought the traditional way for now. But I’m interested to see how big of a difference using PCADS will actually make in fighting such fires.