Just how good are you at creating LEGO masterpieces? LEGO Life of George, has LEGO teaming up with Apple’s iPhone or iPod Touch and it will test your skills and see just how good you are at creating things to spec. Be fast, but be accurate. 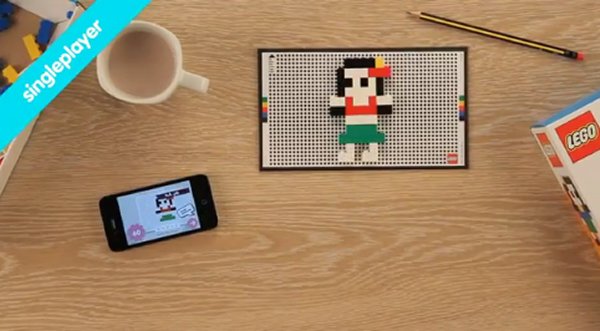 This game consists of 144 LEGO bricks and a play mat. Basically, your ios device will show you what to make. It’s up to you to make it quickly and make it right in every detail. When it is completed, place it on the play mat and then “brick recognition” technology by EyeCue and your iOS device’s camera will capture your creation and see if you did it right.

The game has 12 levels, with 10 models per level, and you can choose “novice” or “expert” difficulty settings. It is for one or two players. So, who is this George guy? He is described as a “software engineer by day and adventurer by night,” and you are building stuff from this guy’s photo album.

This game has a ton of potential. In the future I can see them taking it a few steps further by incorporating your own creations into playable games. I’m thinking something like Little Big Planet. You can get the free Life of George app from the iTunes App Store now, and you’ll be able to order the physical components from LEGO starting on October 1st here.