I’ve been playing video games since I could say “Atari 2600”. I know, I’m dating myself. But for years and years, the landscape of gaming was determined by what video game companies could cram into the hardware of their next console, and who had the best graphics.

Over the last decade or so, gaming has moved out of our living rooms, basements and dens, thanks to innovations in hardware and network infrastructure. No longer are we confined by the boundaries of the number of controllers one can connect to a console or the number of people you can fit on your couch.

My first experience with what might be called “social gaming” was with Quake on my PC. I was working at an Internet startup at the time, and a coworker mentioned that they were going to have an afternoon break where we’d meet up and play Team Deathmatch. It took me about a day before I was hooked. Even though we were all in cubicles in the same office, I was communicating and interacting with people that I would never have the reason to talk to on an everyday basis. For the first time in a long time, the idea of playing games with other people, even though I might not have had lots of gamer friends since I was a kid, became a reality. 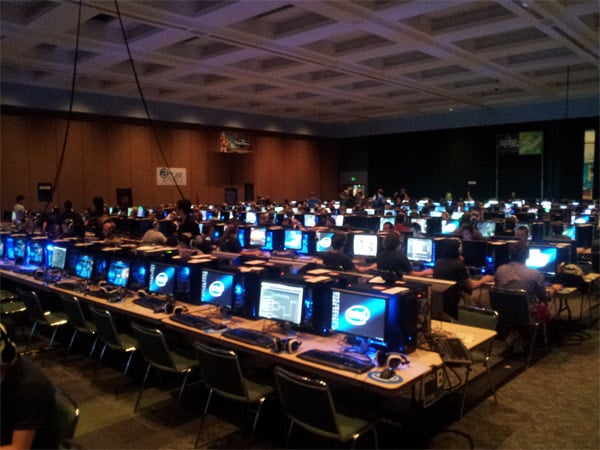 Of course, Quake seems primitive by today’s standards, and there’s nothing quite like fragging your alien buddies in a round of Crysis 2 on one of today’s totally maxed out gaming PCs. Personally, I can’t wait to play it on that cool new Alienware Razer Blade laptop on a speedy wireless Internet connection.

Over the years, social interaction in games has evolved from its humble beginnings as a venue for taunting enemies in FPS games. Achievement and friends systems on game consoles and social networks have advanced social gaming to where it is today. So-called “gamification” rewards players with virtual trophies, prizes and leaderboards in exchange for achieving milestones in games. These badges of honor generally have no cash value, but the psychology behind them is pure genius.

People like to win and share their achievements with their friends and peers. With social games on platforms like Facebook, and a world that is connected virtually all the time, there’s a perfect storm which seems to have gathered. Not only do you have the opportunity to meet and interact with a seemingly infinite number of players at varied skill levels, but there’s an inherent sharing system built into the ecosystem. Sure, not all of your friends care that you just planted some new tomatoes in Farmville, but it still feels good to make it to that next level, and to let those who do care about the game know you’re a serious competitor. And the LEGO-like level-building tools in games have allowed users to get really creative and share their worlds for others to play in and enjoy. 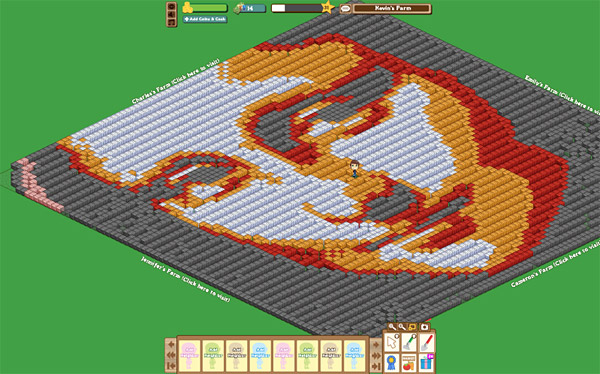 One of the coolest things about the tools being used to enable social gaming is that the basic infrastructure (the Internet), and platforms (i.e. Facebook, Google+), and delivery technologies (i.e. HTML5) are becoming ubiquitous across virtually all modern devices. Whether you’re on a laptop, netbook, smartphone or tablet, these games are starting to find their way to more and more players, no matter where they are. And it’s only a matter of time before these always-on connections will find their way into other consumer electronics. I can imagine a day in the not-too-distant future when your refrigerator and coffee maker will alert you when you lose your ranking on the Angry Birds 2013 leaderboard so you can jump online and reclaim your spot.

So how about you guys? Do you regularly play online and social games? What’s your favorite multiplayer game? What do you like most about it? Is it the game, the social interaction, or both?