LEGO Gears of War Lancer Rubber Band Assault Rifle: No You Can’t Use It to Play GOW 3

This amazing life-sized Gears of Wars Lancer assault rifle is entirely made out of LEGOs, and it was made by PLUM B. The looks alone set it apart from other rifles I’ve seen, but that’s not all. This rifle features a clip-fed firing mechanism that shoots rubber bands. That probably won’t help you survive against the Locust horde, but it will sure allow you to have some fun. 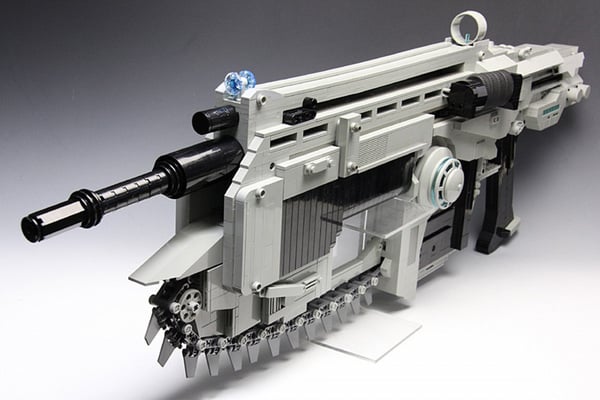 This is definitely the most realistic LEGO Lancer assault rifle I have seen. That’s probably because it’s the only one, but still, it looks awesome. Even the chainsaw at the front of the rifle is motorized. The rifle has a select fire mode, either semi-auto, full auto, or safe.

You could probably use this LEGO rifle to do some Gears of Wars LARPing, although I have trouble imagining the plot of something like that. 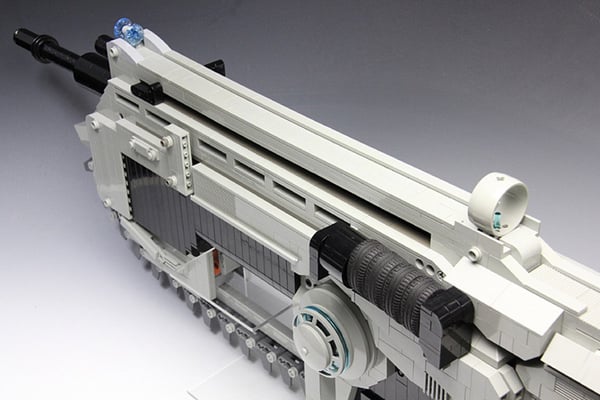 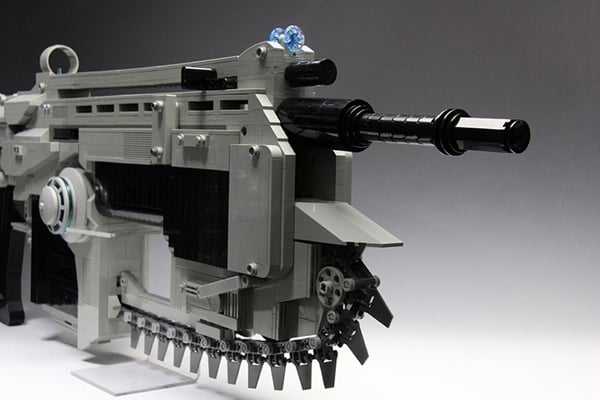