Nope, this cake wasn’t baked to celebrate any sort of anniversary for the original Apple 1 computer. Instead, it’s a birthday cake for a very lucky guy named Carl. 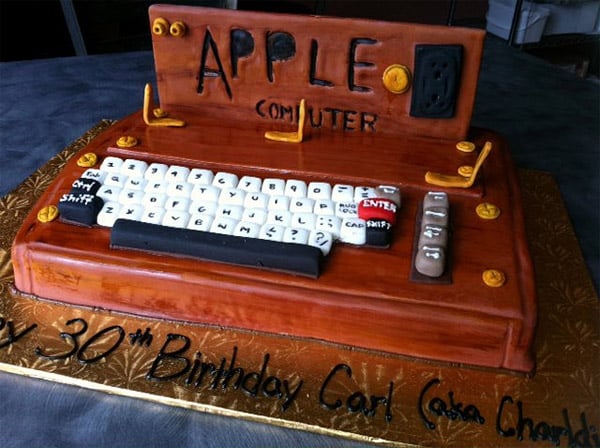 I spotted this tasty-looking Apple cake over on Flickr, and other than the fact that it sure looks like the computer that started it all, I can’t tell you too much about it. It even has the hand-carved APPLE COMPUTER logo and the oddly-placed power outlets and angle irons from the most frequently-pictured Apple 1 wooden case out there.

I’m betting that this version doesn’t have a 6502 CPU and a bunch of other chips inside – instead, there’s probably some tasty chocolate or vanilla cake instead.