Would You Like Your Computer in a Box, in a Box?

People rely a lot on quick fixes to get themselves through the day. Broke the frame on your glasses? There’s Scotch tape for that. The sole on one of your shoes peeling off? There’s Super Glue for that. Lost/wrecked/broke the case for your PC? There’s a–well, there’s a box for that. 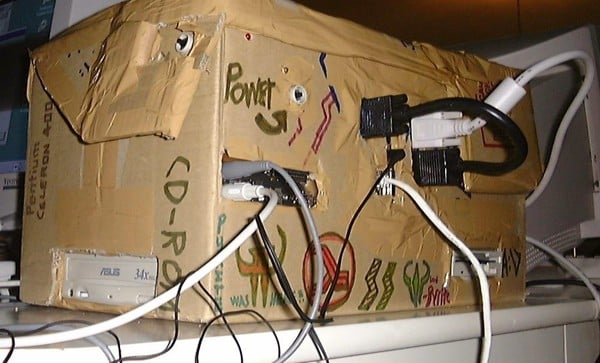 Instead of putting in a little more effort and work on a modded case for his PC (like the Train PC Case Mod, which I still haven’t gotten over even though it’s been more than month already), this dude just cut some holes out of a box he probably found lying somewhere, got some markers and drew some random doodles onto it, and voila. 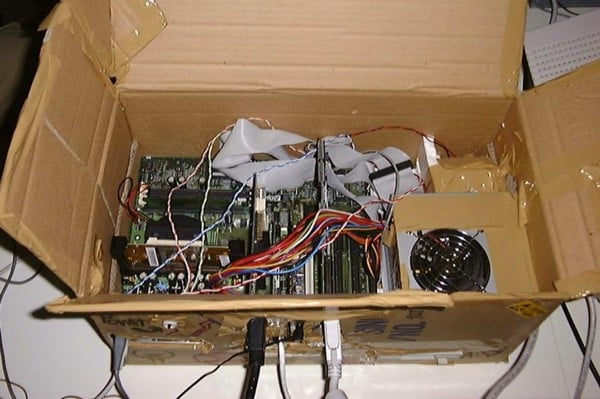 By all means, it doesn’t look neat (as in orderly), but it does look neat (in a weird, disheveled, messy sort of way.) So for people who’re all for quick fixes and who just don’t have time to go buy a PC case or mod one, all you need to do is find a box, a roll of packaging tape, and some markers and you’ll be all set. Until it overheats and catches fire, that is.