What is it with floppy disks and the Imperial March? I’m sure many of you have seen this video of a floppy disk and a floppy drive playing Darth Vader’s theme. And if there are two of them on YouTube, there must be more out there. A modder ironically named Silent has done the same, but this time with two floppy drives: 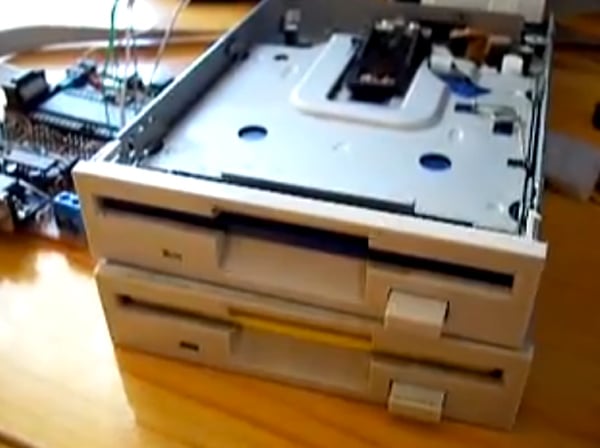 Silent used an ATMega microcontroller to move the magnetic heads on the drives at the right frequency, thereby producing the music. You decide which version is better:

Actually, it doesn’t matter which is better. Both are great. It’s just that this four-floppy orchestra is trumps them both.

[via Silent’s Projects via Make:]