While it’s unlikely to be quite as jarring as this alarm clock, this little bedside alarm clock also is less likely to cause head trauma. But that doesn’t mean it’s not just as annoying. 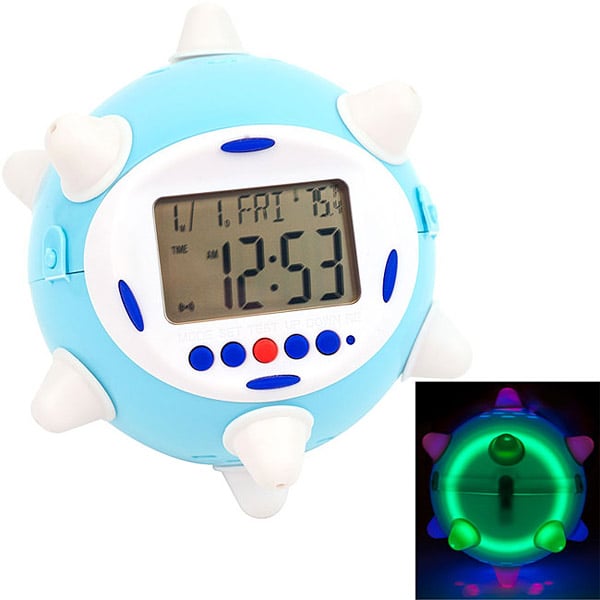 Looking sort of like one of those little rollermines that bounces around in Half-Life 2, this alarm clock isn’t going to detonate when it goes off. Instead, it just bounces around while it lights up and plays some stupid music. Here, see what I mean:

Well, that’s annoying enough that I’d have to throw it across the room if I had to wake up to that every day. And no, you don’t get to pick the music. That’s the only tune it plays. Still, if you want an alarm clock that will get you out of bed, this is definitely one to check out. The Jumping Alarm Clock sells for about $16 (USD) over at Overstock.com, where it likely has landed because nobody really wants to buy them. I wonder why?