Robots today are such babies. Especially the ones designed to mimic babies. iCub thankfully doesn’t cry all of the time. He does however now crawl on the floor like a baby. Though not very well. 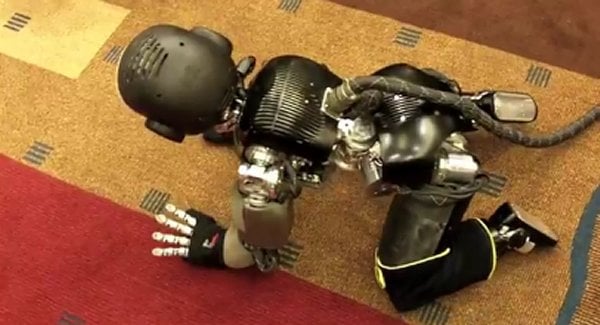 He demonstrated this feat at the recent IROS 2011 event, trying to crawl on the floor. I say trying because he doesn’t do a very good job at crawling. In fact, the video shows him barely moving forward. Nice to know he would be easy to run from anyway. Given time he should get better, but for now this robot modeled after a three and a half year-old child is no speed-demon.

Aside from learning to crawl, this bot is all about exploring how human cognition develops, using facial expressions and adaptive learning techniques. The idea is that iCub can learn in the same way a child would.