Another year, another iPhone. Apple today revealed the hotly-anticipated follow-up to its massively successful iPhone line up. While we were all hoping for the iPhone 5, we got news today that the new phone would be called iPhone 4S. But despite the addition of one small letter to the name, this new phone is loaded with improvements over the iPhone 4. 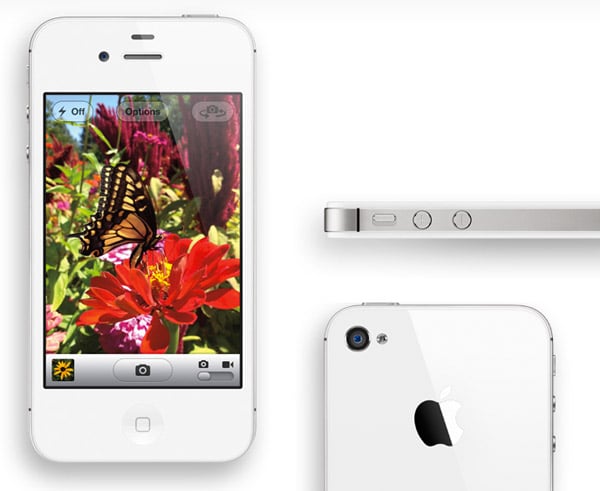 For starters, the iPhone 4S will come pre-loaded with the hundreds of new software improvements in the already announced iOS5 and free iCloud storage.  It sports a speedy dual-core A5 CPU, which runs about 2x as fast as the old A4 in the current-gen iPhone 4, as well as 7x faster graphics. From what I can tell, these are the same specs you’ll find on the iPad 2, but in a pocket-sized device. Of course, it still has the same sharp 960×640 Retina display found in the iPhone 4. But it offers other under-the-hood improvements including increased battery life (up to 8 hours talk time), improved call quality and antenna redesign, and data download speeds of up to 14.4Mbps on HSDPA connections. Apple claims this is just as fast as most “4G” phones, but I think it truly depends on the quality of your carrier. Speaking of carriers, the iPhone 4S is a single worldwide handset, supporting both CDMA and GSM networks, and will be released on AT&T, Verizon, and… drumroll please… Sprint when it hits stores later this month. 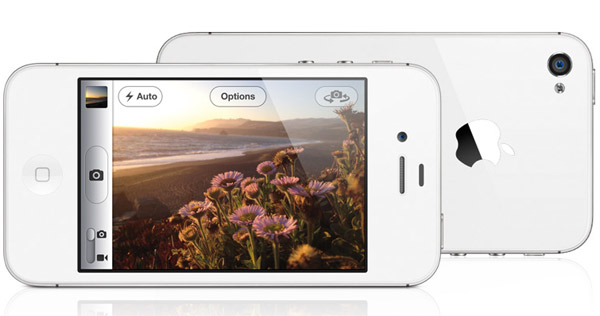 Perhaps the biggest improvement in the iPhone 4S over the iPhone 4 is the rear camera. As Apple is taking aim at upending the point-and-shoot camera market, they upgraded the built-in camera to 8 megapixels (from 5mp.) But that’s just the tip of the iceberg. The new camera supports true 1080p HD video (at 30fps), and even has real-time image stabilization and temporal noise reduction for improving video quality. In addition, the camera incorporates a new, wider f/2.4 lens, an improved sensor with better light sensitivity and faster startup time. You’ll be able to start shooting your first image after 1.1 second, and subsequent images can be shot in 0.5 seconds. The camera also incorporates face detection and automatic white balance. If you care to see just how impressive the photos are from the iPhone 4S, be sure to check out Apple’s image gallery, which offers full resolution sample downloads.

Last, but not least, the iPhone 4S is the first phone to incorporate Siri – Apple’s “intelligent assistant”. This app lets you ask your iPhone questions and to perform tasks verbally, and Siri takes care of them. For instance, you can ask Siri “How is the weather today in Chicago?,” “Read me my new notifications,” or “Remind me to call mom on her birthday” and it’ll take care of the rest. Siri can also provide restaurant recommendations, and do instant searches of Wikipedia and Wolfram Alpha simply by asking it a question. One of the coolest features of Siri is the voice-to-text dictation. Just speak at your normal pace, and Siri can transcribe it into text without a keyboard. Day one, Siri will ship with English, French and German support, but will eventually offer more languages. While I thought Siri might be available for all iOS devices with the release of iOS5, it’s an iPhone 4S-only feature for now. Perhaps we’ll see it on the iPad 2 at some point because it has the same chipset and performance.

Check out the iPhone 4S in action in Apple’s official launch video below:

Pricing for the iPhone 4S is as follows: 16GB $199, 32GB $299, 64GB $399 – with a 2 year phone contract – and it’ll be available in both black and white versions just like the iPhone 4 used to (other than the new 64GB model, of course.)  Apple will start taking pre-orders on October 7th, and the iPhone 4S will ship on October 14th. Full specs for the iPhone 4S can be found here. For those of you wondering when iOS5 will be available for your existing iOS devices, I’d keep an eye out on iTunes sometime late next week.