Recycled Steel Ravage Transformer: An Oldie but a Goldie

For his day job, Alan Yang sells hand-painted bone China wares, but this robot is anything but that. He’s also one of those Chinese guys who likes to make awesome steel Transformers, and is part of the crew that made some of those gigantic IRL metallic bots. This Ravage Transformer is one of his own though and I have to say that I quite like it. 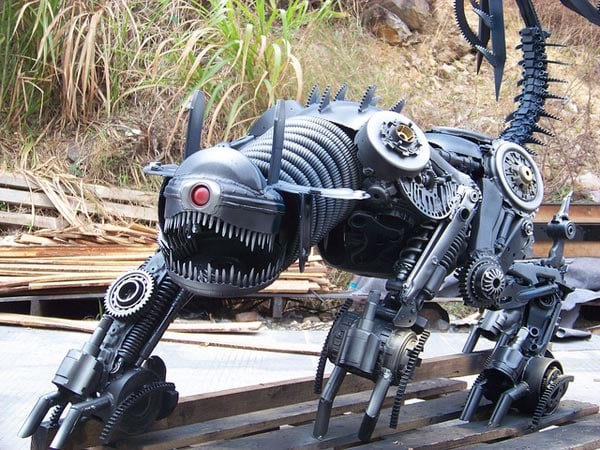 If you don’t know much about Ravage, he’s one of the Decepticon Soundwave’s cassette robots that he used to eject to perform nefarious duties. He’s been redesigned over the years, and this is the result. He looks quite freaky. 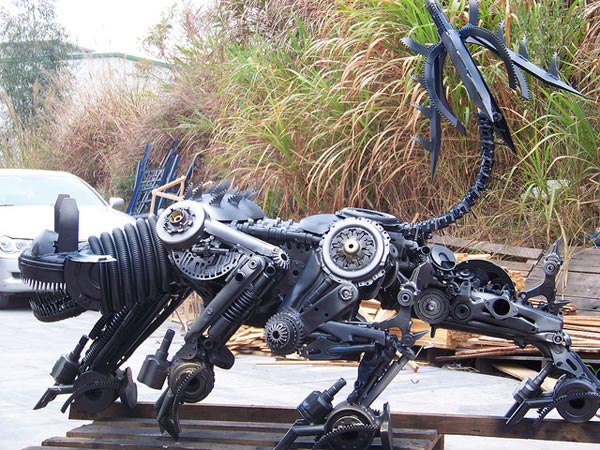 The photos date from 2007, so but I haven’t seen these before. They were uploaded last week to Yang’s Flickr account. Needless to say that if Ravage was real, it would crunch up a number of cars before being brought down. Ironically, he looks like he was made from some of those crunched up cars himself.