TAXAN MeoTune Turns Your Smartphone into a TV

I understand that some people want to watch TV while they are taking public transportation, but to me it makes no sense – especially with all the content freely accessible on the Internet. However, I guess that this is something that the Japanese really want and need. Most of the phones in Japan incorporate TV tuners. However, iPhones and some Android devices don’t have these tuners, which is where TAXAN’s MeoTune comes in.

This device is called the MeoTune and it’s a Wi-Fi-enabled 1-Seg TV tuner that will work with Android and iOS devices. It will tune into local TV channels through regular airwaves (no cables required!), and content is viewed through a special app. The MeoTune has got a battery life of 4 hours, which sounds adequate. It can also function as an emergency charger for your smartphone, which is cool. 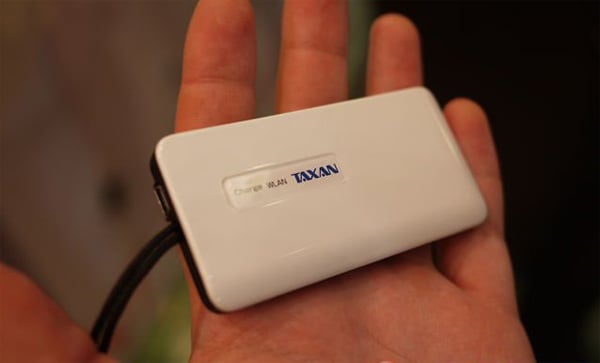 It’s an interesting device that offers a view into the way that the Japanese use their smartphones. It will probably not make it to the US, and if it ever does, it’ll need a different digital tuner module to be compatible with our networks.