A while back, I told you ScentScape, a device designed to “enhance” movies and other content by adding a fragrance track – otherwise known as “smell-a-vision.” Well, here’s another smelly device that aims to fill your nostrils with appropriate aromas a you watch movies and play games. 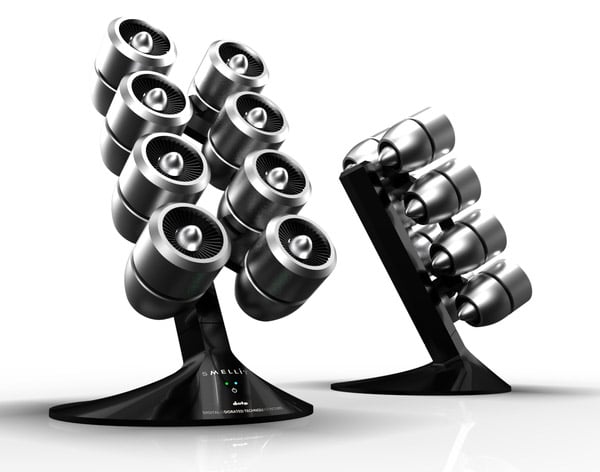 The SMELLIT (yes, that is seriously it’s name) is a new gadget from French company Olf-action (as in “olefaction”, get it?) and it’s designed to add “the smell dimension” to various forms of digital entertainment. And given the face that Olf-action already makes a smell-syncronization system for movie theaters called Odoravision, there’s a good chance this is going to be made into an actual product you can buy someday. 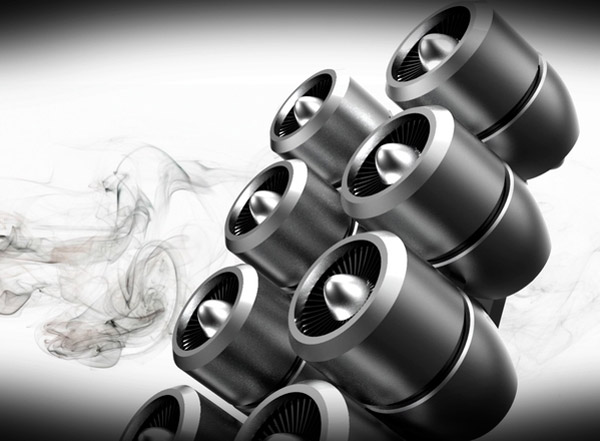 It’s certainly more stylish than the ScentScape device, but to be fair, they’re device was only a prototype when I saw it. They don’t say much about how it works, or what sort of smells it will emit, but from the picture of Kratos below, I can only imagine that they plan on offering the scents of body odor, blood and maybe death. 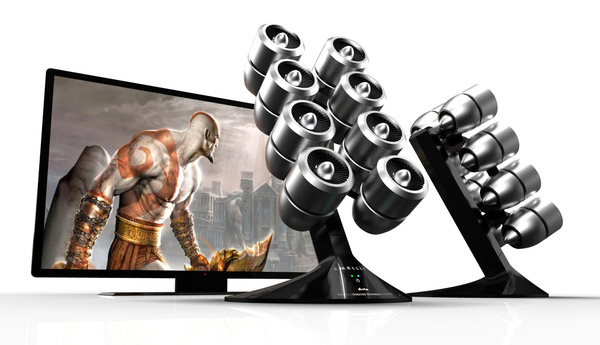 I’m guessing they’ll also offer more pleasant aromas like flowers, food and the ocean for other experiences. Here’s a list of fragrance cartridges they offer for their other systems I found up on their site (translated). My favorites have to be “Smell naked body” and “Bad smells”: 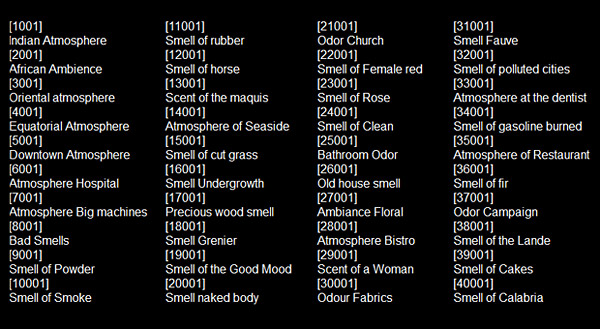 If you’re interested in sniffing out the SMELLIT, you can smell it for yourself at the Lisbon Design Show in Portugal show betwee October 11th and 15th.