AT-AT Storms Chicago: Must Have Thought it Was Hoth

What would it be like if an Imperial AT-AT Walker turned up in a major US city? That’s what artist Tony Bamber asked himself before creating this awe-inspiring digital vista of an AT-AT about to stomp on Chicago’s Loop “L” train, before heading North to cross the Chicago River. 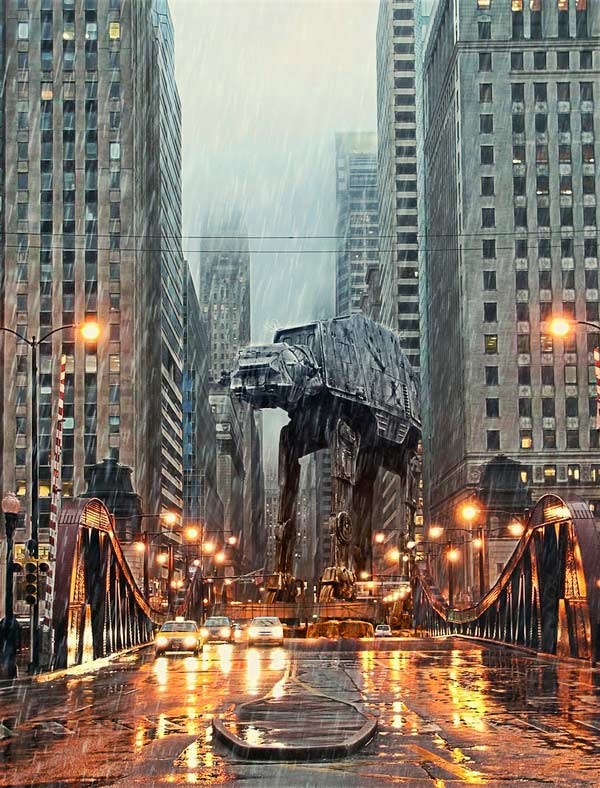 This isn’t the first time that I’ve seen something like this, and it’s probably not the last, since Star Wars is in the collective Zeitgeist. They actually remind me of Franco Brambilla’s postcards that we featured last year.

If a walker like this ever did this in a populated city, it would probably turn most of the downtown streets to chaos, since it would end up trampling almost everything in its way. Luckily, you’d still be able to run away from it because it’s so slow.

[via Christian Jakob via DesignYouTrust]