Aside from alarm clocks, one other gadget that companies and designers get tired of coming up with new instances of are hidden or spy cameras. The device you’re using to read this post could have a hidden camera in it. Hell, you could be a hidden camera for all I know. Who knows? This hidden camera detector knows. Because it detects hidden cameras. 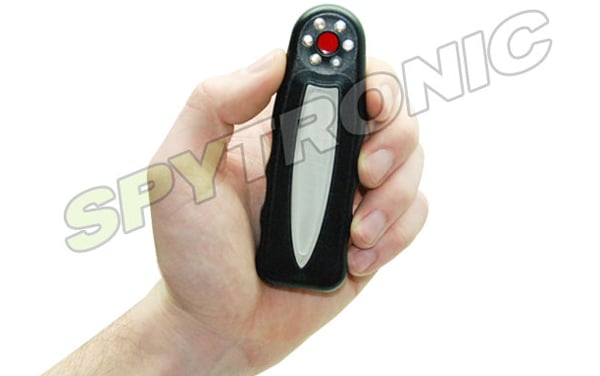 To use the camera, simply look through its lens, press its button and then “scan the room at a slow and methodical pace.” Like a boss. Spy. Like a boss spy. You should then see any camera lens flash red, as shown in the video below: