I was a huge fan of Battlestar Galactica both when the original series aired when I was a kid and when the new series was on Syfy. I was pissed both times the show was cancelled. Another geek out there named Garry King loves the show too, and his favorite thing to build from LEGO is giant recreations of the ships from the old and new series. His latest creation is called Battlestar Berzerk. 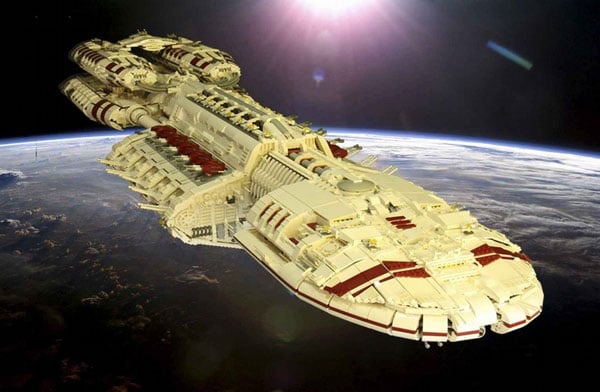 Personally, I don’t recall this ship, but apparently, it was only seen for a short time in the first episode of the new show, right before meeting its demise. The ship is very detailed and King says it was his most difficult project yet. It took two months and the finished model is approximately 73 inches long x 24″ inches wide x 14″ inches high and weighs in at a hefty 54 pounds. 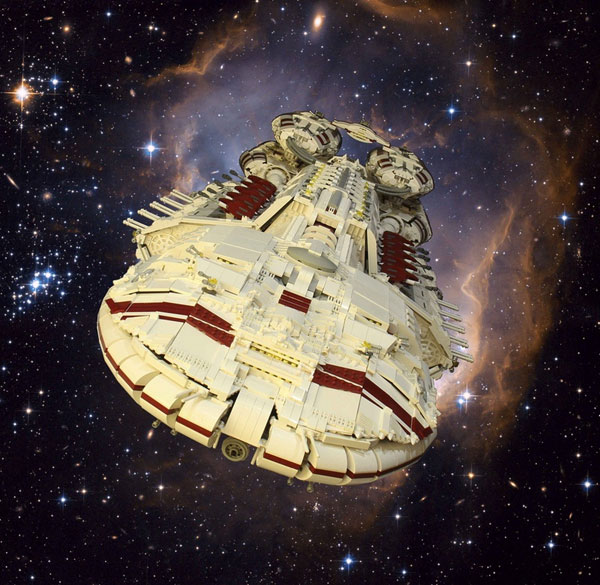 The ship is so large and heavy that it requires internal supports made from wood and steel – and that 54-pound weight doesn’t include the support structure. The support was required after parts started to bend and shear off the craft. 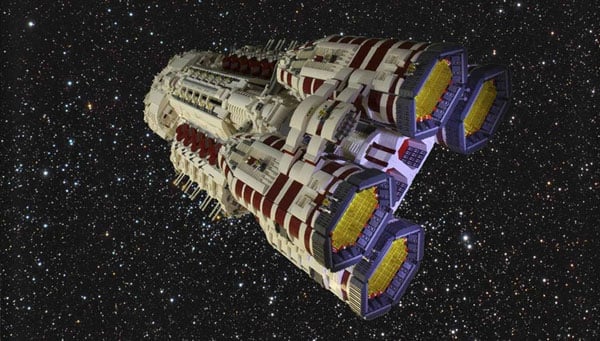 King detailed the project on MOCpages along with many more photos. This is one awesome LEGO project! 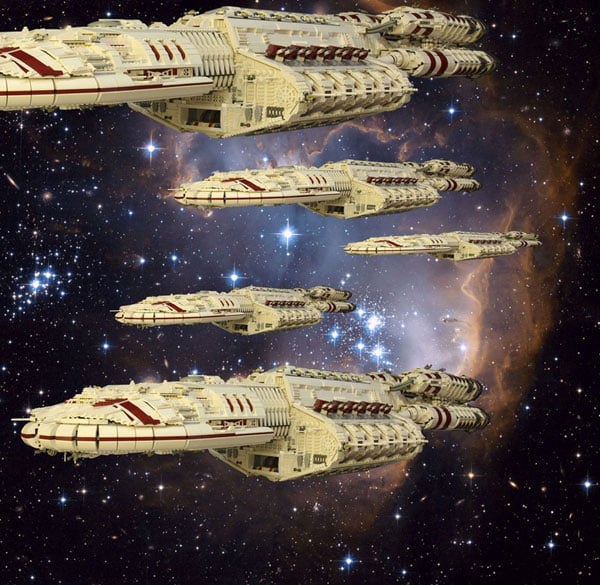