The first time I laid my eyes on Cell Mate Boris, I was immediately reminded of something my Philosophy teacher discussed back in University: Sisyphus. I can’t remember what it was that he did, but I’m sure it was something big and bad, because he was punished by the gods to roll a boulder up a hill for the rest of eternity. 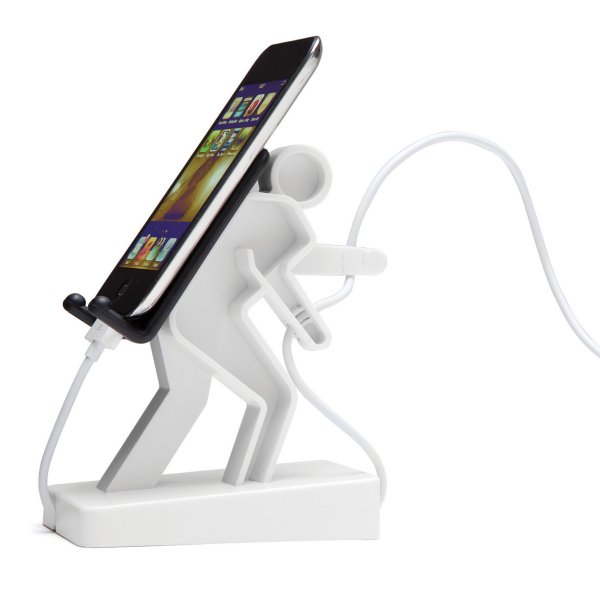 So Boris here isn’t rolling some boulder up a hill, but he’s going to be perpetually crouched in a braced position so that he can support that MP3 player or smartphone that you’re going to be placing on his back. Boris does more than your average stand, as well, because he’s also being dubbed as a charging station. 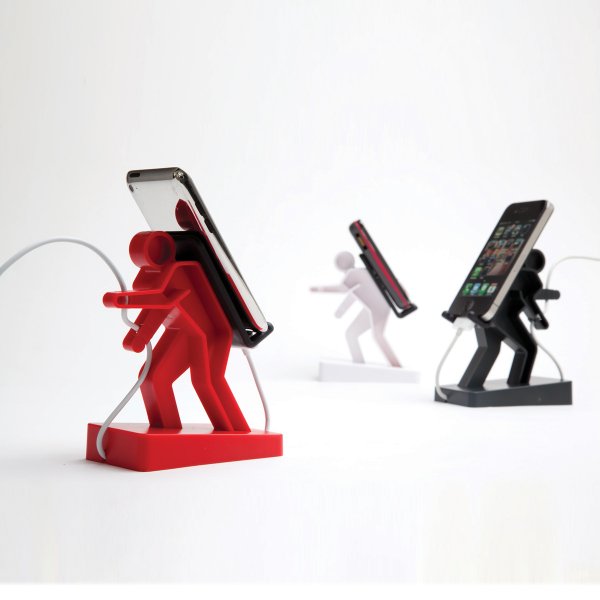 There’s a ridge at the bottom of the slightly sloped landing that Boris is standing on, which is where you’re supposed to snake the wire of your device’s charger through.

Make your mobile phone or music player the load on Boris’s back by getting one of these Cell Mates from Germany’s Design 3000. He’s available in black, white, and red and retails for 12 Euros (~$17.)